To dye or not to dye: a discussion of the stigma surrounding hair color 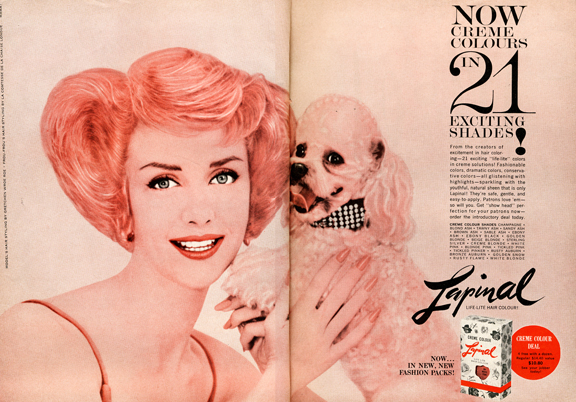 Our attachment to our hair is rooted in the traditional values which encompass our idea of beauty. What makes a person beautiful? For seemingly centuries, we have looked for this beauty in the “natural” hair colors. Muted brown. White blonde. Dark black. But since when did boring become the new beautiful?

“For me, [dying my hair is] a means of self-expression, the same way that you would change what you wear, your shoes, or your outfit,” Emma said. “I’m a very closed off person, so most of the time I’m not super open through speaking and through voice. But, I can definitely be more expressive through my clothes and how I look.”

This type of self-expression is appealing to many people, especially those who become bored with the bland, mundane colors of their natural hair. After having blue, pink, green, and red hair, junior Daci Funaro-Richardson states that sometimes hair dye can not just be an expressive outlet, but also a way to take control of your life.

But, what happens after you do something so “drastic” and “out of the ordinary?” Many of the common fears that accompany a new hair color are centered around perception. “What will people think of me?” “What will be different?”

“A lot of people stopped staring at my eyes, and they were staring at my hair [instead],” Ben said. “They looked [at it] like it was kind of weird. My hair [also] felt different; when I was sweating, I attracted a lot of bugs because my hair smelled like Kool-Aid.”

Emma, though her hair does not attract bugs, feels those same wandering eyes.

“My parents don’t like to go out in public with me anymore,” Emma said. “I get weird looks from people just because I’m different. It can hurt, but I also know that I’m just being myself. And there’s nothing wrong with that, so I kind of go with the flow and live my life.”

The awareness of the stigma surrounding colored hair is especially prevalent for those who only partake in more “outside of the box” hair colors for things like sports. Junior Emily Johnson, who dyed the ends of her hair blue along with the rest of the state swim team, says that she felt “interesting” while walking across the stage during NHS Ceremony.

“I do [think the color of my hair changes the way people perceive me], and I wish it wasn’t like that because I’m the same person,” Emily said. “[I was worried about] what people would think, but I don’t really care; it doesn’t really get to me. It’s just not a normal thing, I guess, to dye your hair blue. I wish it was more normal; I think more people should try it because it’s really fun.”

Daci, despite her testimony to the empowerment of ever-changing hair colors, feels this as well. Especially in a rigid environment such as high school, the idea of standing out can be intimidating and even unwanted.

“If you have a vibrant hair color, then you’re putting yourself out there,” Daci said. “It depends on how you are, but for me personally, I’m more insecure about [what] people might think. So, a lot of the time, whenever I dye my hair and go to school with it vibrant, I don’t have it for very long. It’s definitely something that you have to learn to live around and work with and sort of embrace, so I think that’s really empowering. And that’s the fun part of dying your hair.”

Junior Savannah Elenbaas, who began dying her hair at the ripe age of twelve, feels this same type of pressure put upon her when discussing the future.

“If you look at a person who’s a lawyer, people are probably going to be surprised if [they have their] hair dyed blue,” Savannah said. “Obviously different people have different opinions of piercings or tattoos or hair dying, but [for me] it’s just another way to express yourself. I know a few people who would say, ‘Oh, you’re not going to get a job if you dye your hair.’ [A lot] of people look down on it when they shouldn’t because it’s not a big deal.”

This idea that people who don’t conform to the ideas of natural beauty are less desired in professional fields carries over to the stigma that hovers above the heads of males with dyed hair. Senior Richie Alvarez, who currently has silver hair for soccer, says that he feels that people see him as more extroverted with his new hair and commented on the differing views about men’s hair.

“I feel like it’s definitely [different when a boy has dyed hair],” Richie said. “When a girl [dyes her hair], it’s not super weird or anything; it’s kind of accepted that if she wants to do that, then that’s cool. I feel like when a guy does it, everyone notices, and it’s like ‘Oh, why is he doing this; that’s kind of weird.’”

Is this the reason behind the lack of males with colored hair? Where are they hiding? Sophomore Olivia Booth, who has had both pink and blonde hair, says that she doesn’t notice a lot of males with “unnatural” hair colors, and she places blame on societal norms.

“You don’t see [dyed hair] as much in guys,” Olivia said, “and I think there’s part of a stigma around it that makes people think that guys are more feminine when they dye their hair a different color, which I also think isn’t true. I think that anybody should be able to [dye their hair] if they think that’s fun. If that’s a good form of self expression for them, [then] they should be able to do that without carrying around the stigma that they are perceived as more feminine or different.”

In essence, everyone, no matter what age, gender, or occupation, should be able to be rid themselves of the stigma that society refuses to exonerate. For people like Olivia, and everyone else who chooses to change their appearance, no matter what the reason, do it for the confidence it provides. Self-expression is about feeling good, and when you feel good, you look good. That’s how things should be.

“I think it’s a really fun form of self-expression,” Olivia said. “It’s not necessarily an insecurity thing—I like how my hair is naturally just fine—but I think it’s just a fun way to express myself. Sometimes it’s seasonal; sometimes it’s with my style. I feel so confident when I do something with my appearance that I like. When I dye my hair and I like it, it’s just a confidence-boosting thing; I feel like I look good, and I really like that.”