Trippie Redd’s new album opened up my taste to rap 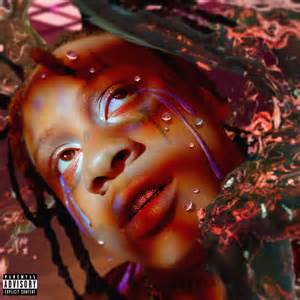 I first heard of Trippie Redd last year from a friend–a friend who had a polar opposite taste in music from me. Initially, I was skeptical about this new artist. After seeing a picture of him, I was downright doubtful.

The tattoos on his face covered up his musical promise, and his blinged-out teeth blinded me from his potential. Instead of sitting down and listening to his music, I wrote him off as a Soundcloud-rapper wannabe.

A year passed before his name was brought up again. The same friend who first mentioned Trippie Redd was rambling on about his new album, A Love Letter To You 4. The way she gushed about his songs made it seem like she lived by his words.

She seemed absolutely brainwashed by what seemed like average beats and lousy auto-tune. I wanted to see for myself why she was so infatuated by his music, so I sat down with my earbuds in and tuned into the 21-song-album with critical ears and an open mind.

Overall, I was not impressed; however, I was surprised.

“Love Sick” is the third song on the album. The two previous songs did little to pique my interest. So far, the songs only solidified my assumptions about the album, but “Love Sick” seemed to carry something that the other two songs did not.

Though I was not blown away by how Redd’s vocals sounded, I was interested in what he was actually saying. “Love Sick” seemed to be a window into every broken-hearted teenager’s brain. Him talking about being over the pain that love brings sounded like a teenager ranting to their friends about their latest crush.

After that, I focused less on the overall sound of the songs and more on the message behind them.

“Love Me More” is all about pining over someone you like. Redd sings about wanting someone to keep his love with them. This song felt like it was reaching out to Redd’s teenage audience. With young people striving to feel accepted, it is no surprise that Redd’s lyrics would connect with them.

“Abandoned” was my favorite song on the album. The acoustic guitar playing throughout the song allowed a feeling of vulnerability that the rest of the songs lacked; his lyrics couldn’t be drowned out by a distracting beat.

This song features Mariah the Scientist, who gave the vocal composition that I craved for in the other songs. Pairing Redd’s lyrics with Mariah’s range masterfully morphed “Abandoned” into the most impactful song on the album.

After finally listening to something from Redd, I understood my friend’s loyalty to the artist. He sang and rapped about many feelings that teenagers are dealing with today, though most of the album was not to my taste.

A Love Letter To You 4 is very easily lost in the whirlpool of computer-generated beats and heavily edited vocals. If you do end up listening to it, I urge you to pay attention to what Redd is speaking about rather than being hung up on the sound.