Matthew Ingonwong hopes to spend a promising future in America 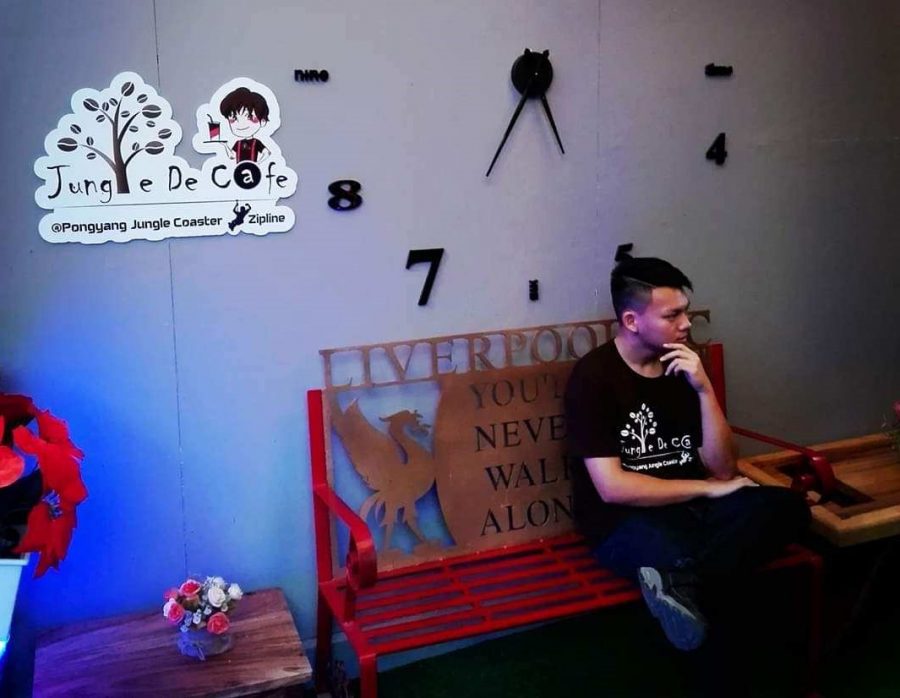 His soul knows familiarly the curves of the wood and the horse hairs pulled taut on the bow. Ever since he picked up his first violin, its sweet sounds have become his joy.

“Many times you forget who you are, and it makes you lose your goals,” Matthew said. “I wanted to try and find something to hang onto, the thing I’m good at that [defines] who I am. I wanted to play music, so in Thailand, I bought my first violin. It was one of the first things that I have done that I’m good at, that many people can look up to me for. [It’s] something [to] hang onto.”

Since he’s started going to school at FHC, Matthew has been playing in the orchestra, but the importance of the violin extends far beyond the first period of his day. Its music has been a constant, something to “hang onto” in the past few turbulent years of his life.

When presented with an opportunity to run a restaurant in Maryland, Matthew, his brother, and his parents left their home in Thailand for the states. Of course, such a process isn’t simple. A few immigration complications and a few years later, Matthew found himself a sophomore in FHC, once again the new student in a new school.

“It was terribly hard [to find my place here],” Matthew said. “[Here] in high school, many people just don’t understand your old culture that you moved from. Some people are disgusted [by] the way I speak, and it’s only a small proportion of [people], but still, a lot of them, they don’t understand [that] it’s hard for me to fit in. It’s getting better with time, but even now it’s still hard.”

A year later, Matthew still clearly remembers the hardships faced by new students. For Matthew, it extends beyond just the fact of being a new face. Aside from being in a new school, Matthew had to adjust to an entirely different country with drastic changes in culture and language.

Although Matthew was taught English in Thailand through all of his schooling, the application never went beyond periodic tests. Since moving to America, the language once restricted to the territory of grades and exams has become essential in every aspect of Matthew’s life. When it came to speaking and learning in English every day, Matthew’s shock was understandably difficult to get through.

“[The language barrier] was hard to get over because when I have to learn from a book in a language that I [have] never really spoken, it’s very different and [it’s] hard to settle down to everything,” Matthew said. “To communicate in the right ways is hard for me.”

Even when the burdens of being a new student had worn off, the even more taxing hardship of this language barrier persists. Still, Matthew refuses to let words get in the way of the opportunities that he has found on this side of the planet.

Matthew doesn’t shy away from taking strenuous classes like AP US History and even a third language on top of the two that he’s mastered. Matthew’s determination in his studies is already tremendous, but he doesn’t stop there. On top of school and orchestra, Matthew also makes the most of the extracurriculars at FHC and participates in Science Olympiad.

“Since I was back in Thailand, I always try to find a way to get involved in many different things,” Matthew said, “and I enjoy learning science, honestly. When I joined [Science Olympiad], I got to know a lot more people than I expected. There are many, many people who think the same way as I do. [Knowing these people] makes things a lot easier, and Science Olympiad is just a place that gets all those people together. It was a great time for me.”

With the opportunities that he’s taken advantage of and the friends that he’s made through Science Olympiad or otherwise, Matthew is overwhelmingly thankful for the fact that he moved here. Despite the adversity faced in language and cultural barriers and simply the dread of being the new student, Matthew recognizes what these experiences will help him become.

“Overall, I’m super glad that I moved here,” Matthew said. “School here gives students a lot of ways to become a great person in society. In Thailand, it’s very hard for a person to get to [that] place, so I like it here a lot better in terms of educational opportunities.”

With a positive outlook and violin in hand, Matthew hopes to stay in America as long as possible. Although the transition may have been rocky, and the future may be similarly unclear, there’s no doubt in Matthew’s mind about what he wants.

“I would be glad to stay here as long as I can,” Matthew said. “Hopefully I can go to university here—that would be great. But still, [we might] have to go back to Thailand anyway, and it kind of depends. I want to [stay], but we’ll see.”