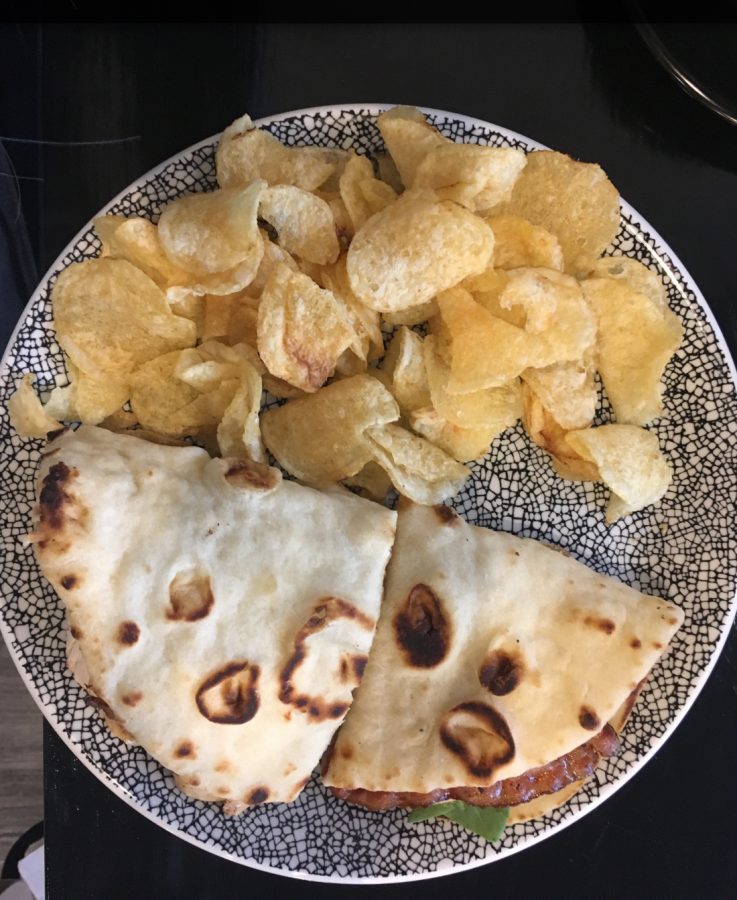 MudPenny is such a unique name for a coffee house restaurant.

Coffee houses used to be called penny universities. They were a place where people of all classes could join together as one, and the coffee only cost a penny. Combined with mud—the slang word for coffee—they got their name.

If you look at the outside, you won’t find it suitable to be called unique; all you’ll find is a white brick exterior and obsolete surroundings. In the outskirts of downtown Grand Rapids, it was an ordinary place.

But as you walk into the white starched exterior, you are greeted by a friendly face behind the counter. You can seat yourself in the front room or go through a beautiful stone arch and sit in the separated room with even more seating.

If you only want coffee, you could also just stay at the counter and order it right there, too.

We wanted a meal, however, and we went at an odd time, so we were able to pick any table there.

I sat down in the colorful back room by a wall. As we took a seat, the water was right in front of us in a jug with glasses waiting to be turned right-side up. Due to this, however, the water was room temperature.

Almost as soon as we were settled in, a waitress came by and gave us our menus. At the perfect moment, as if she could read our minds, she came back and took our orders.

One of the most interesting options on the menu was based off a TV show. It was called the Ron Swanson and it was a big plate of bacon.

Although this sounded appetizing, I ordered a Mountie and a hot chocolate. A Mountie is a “handheld” and it sounded interesting. A handheld is anything that can be eaten with hands: a burger, a wrap, a sandwich. My brother ordered a skillet called the Billy Goat, and my sister ordered a “handheld” called the Caprese Sun.

As I was waiting, I relished in the heat of the coffee house. It was a cozy and welcoming interior with exciting decorations.

My favorite was a wall in the back. It was composed primarily of a colorful picture of Abraham Lincoln. I also noticed that they had cups out that were decoratable and some that had been decorated already. If you wanted to, you could help decorate their beautiful store.

My hot chocolate arrived soon after I ordered. It came out in a unique mug and the hot chocolate itself was the perfect “Goldilocks” temperature.

A few minutes later, our food came out.

It all looked amazing. It wasn’t too fancy to eat, but it still looked presentable and delicious. Either way, we didn’t spend much time admiring it before we dug in.

The Mountie was the perfect choice for me, and it was unlike anything I had ever tasted. The best part about it for me, was the sweet potatoes that were on it. It gave it an unparalleled taste.

My siblings also enjoyed their meals and we all left with a smile.