A Cinderella Story: A Christmas Wish has me conflicted 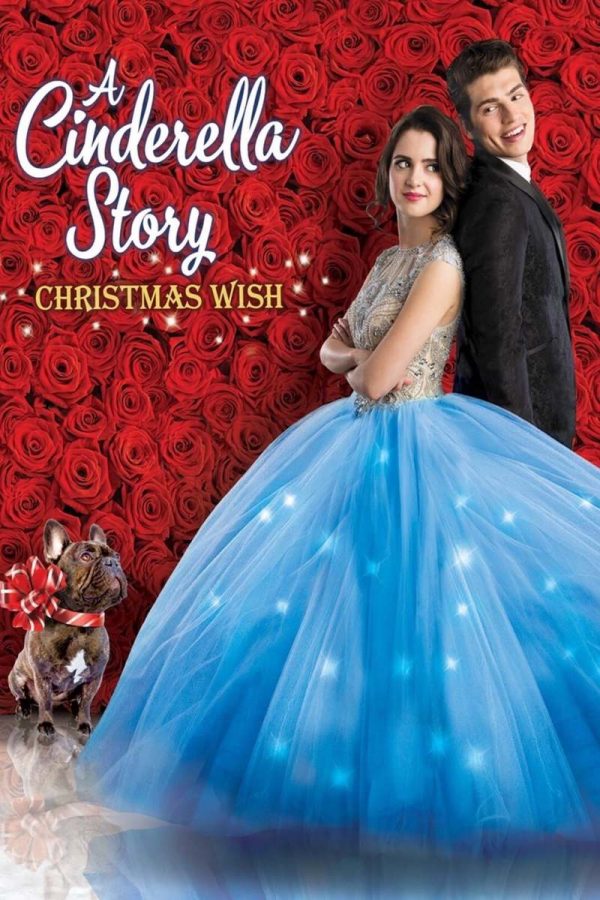 Another spin on the classic fairy tale, Cinderella, but this time it has a Christmas twist.

A Cinderella Story: A Christmas Wish has me conflicted. I’m conflicted on whether its flamboyant, childish theme is just what I needed to start my holiday season, or if it’s just a tad too basic to be entertaining.

This film is the newest addition to Netflix’s selection, and it came out Dec. 1, just in time for the festivities. It’s a story about a young girl named Kat Decker (Laura Marano); she has two stepsisters and, of course, an evil stepmother. Kat is stuck living with them after her father’s death a few years ago.

Her biggest ambition is to be a singer, and when she meets billionaire Terrence Wintergarden (Dominic Wintergarden), her dreams start to take action and she starts to see her bright future ahead of her.

The plot of the film is quite generic; watching another Cinderella story seems very tenuous at this point. So many people have seen the original Cinderella, the live-action one, and enough remakes to last you until midnight. So pressing on the movie to watch it was a little painful, knowing full well the plot of the story before the first scene even had a chance to pierce my knowing eyes.

That being said, the Christmas aspect was favorable over the endless collection of remakes and made it stand out from all of the other reboots of the classic tale. It’s also even more appealing given that it came out Dec. 1 and it is the perfect movie to cozy up by the fire and watch to get you in the Christmas spirit.

For many people, the movie will be quite childish and possibly boring due to the lack of action and adventure; but if you enjoy a good rom-com and or the Christmas season, it’s a delightful movie to pass the time.

The two main actors, Laura Marano and Gregg Sulkin, are both phenomenal actors. They provided me with the sort of childhood glow that I was looking for when watching, while still portraying the perfect amount of adorable romance, and if that wasn’t enough, they both have had past roles on Disney Channel shows that many people will recognize, making the whole experience appear even more sentimental than other Christmas movies.

Laura played Ally on the hit Disney Channel show, Austin and Ally, and Gregg scored a part in Wizards of Waverly Place where he played Alex Russo’s love interest, Mason Greyback. It’s due to their familiar faces that I further enjoyed the seemingly nostalgic sense that the new movie provided.

As the film took its course playing out the basic Cinderella timeline, I became more and more torn on whether or not I enjoyed the movie. On one hand, the light-hearted comedic romance had me wishing it wouldn’t end. On the other hand, there are more gripping movies out there.

However, as the movie ended, I realized that it doesn’t matter if there are better movies out there. The easy-going, beautifully performed movie was exactly what I was looking for, and the film’s near-predictable ending satisfied the perfectionist in me. It wrapped up with a beautiful song as if the whole movie was a Christmas present, and the ending was the flawlessly tied scarlet bow on top.