Does retail therapy have real benefits? 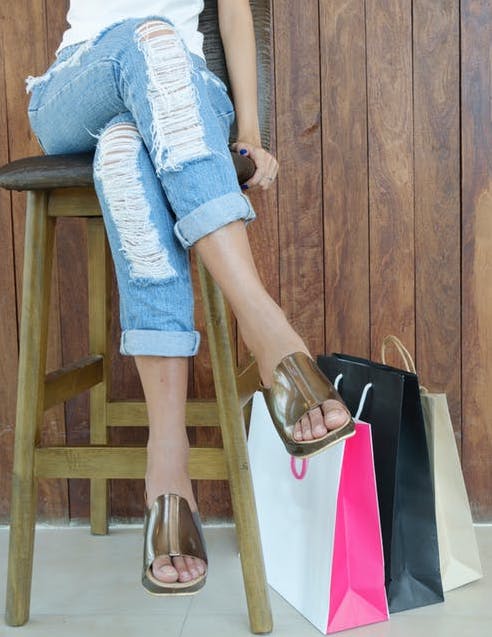 For years, holiday dissidents have boldly expressed their disgust for the consumerism and materialism that is deeply rooted in American culture and celebrations. With Christmas approaching in the distance and Black Friday fading into the rearview, the morally-righteous howls have been renewed with vivacious vigor.

And, I suppose, they aren’t wrong in regards to Americans need for more stuff. But, it has to be noted that this isn’t some sort of new or freakish phenomenon, nor is it solely created by large corporations in an endeavor to take advantage of Americans as many believe.

For example, Black Friday began in the 1980s, and—contrary to popular belief—the term was not originally used to describe the first day when sales would be recording in black rather than in red which indicated that the company has yet to break even for the year. It actually was used by the Philadelphia police to refer to increased foot traffic they would have to tirelessly monitor as a flurry of holiday shopping commenced the day after Thanksgiving. In a moment of brilliance, companies rebranded Black Friday to its modern-day meaning along with the more positive connotation of today.

However, nowadays, words like “materialism” have taken on a negative connotation as well as a nearly synonymous definition to greed. The want for more things is looked down upon as selfish and shallow.

Almost everyone can attest to the buzz they receive after making a good purchase. Throughout the years, multiple studies have been conducted that support the positive effects on one’s mood as a result of shopping—also dubbed retail therapy.

The mechanics of retail therapy are simple: bad moods lead to a larger number of unplanned purchases, and because there is little guilt and regret involved with treating oneself, it leads to an improved mood.

Although, this is not to say that shopping is the answer any time sadness slyly slithers in. Without a doubt, retail therapy is hard on the bank. But, often, it is a subconscious defensive mechanism.

When there is something that individuals can’t bring themselves to deal with—are unable to consciously cope with—shopping is a default. The act of shopping, of looking and searching, is distracting. It gets the individual out of their own complicated and complex thoughts and refocuses them on something more simple.

More than that, retail therapy is an easy way to engender the most basic form of hope. As crazy as it sounds, it’s true. There is possibility neatly folded on every shelf, and opportunity delicately hung on every hangar. These endless possibilities come at low risk, too.

Wandering through stores, lightly admiring these possibilities, the shopper is in control. They decide every aspect of the activity: where to go, what to try on, what to like, what to purchase. Retail therapy provides infinitesimal self-given stability when an individual’s world is overtaken by emotional or mental turmoil.

On a conscious level, shopping is a relaxing pastime. Browsing acts as a destresser as it is an activity with very little impact on an individual’s life. Just as watching TV or playing a game is calming, shopping is the same; it takes very little energy and is often of little importance.

Although, it could signify a huge change in an individual’s life should they wish it so. Clothing is a form of self-expression, and therefore, it is a perfect way for someone to re-invent themselves, to become a happier and more genuine version of themself.

Just as there is a stigma around mental health, there is one around “materialism,” around shopping—one that needs to be abolished. There are a multitude of benefits to the mere act of shopping that can’t be denied, no matter what the lovely shopping or holiday dissidents say.

Who knows? Perhaps retail therapy is what gives the holiday season the peace and joy it is characterized by.