In The Shadow of the Moon was everything but enjoyable 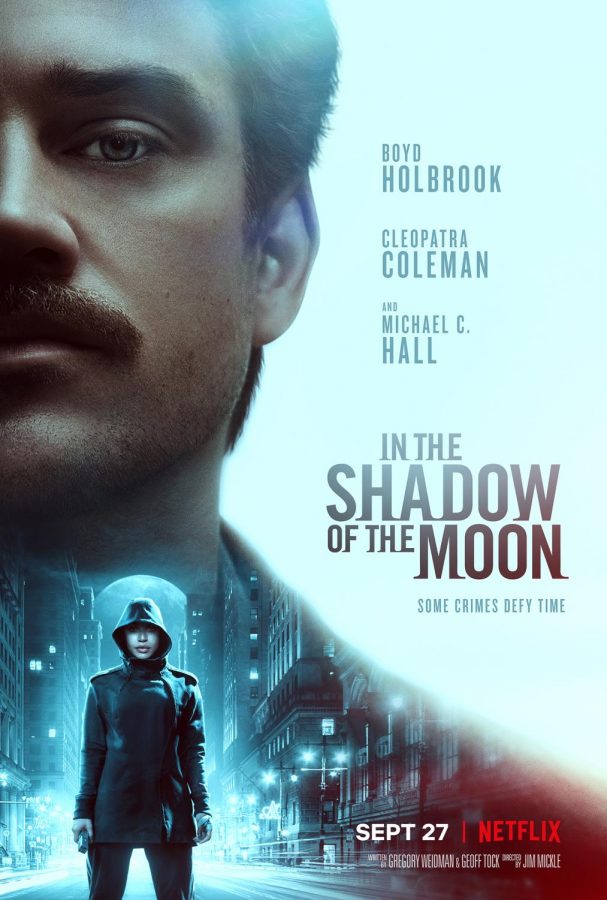 You know those thrillers that are so intriguing, nerve wracking, and good that you can’t stop watching?

This was not one of those movies.

In The Shadow of the Moon failed miserably on all levels.

The first scene opened to a dark screen with the words “Philadelphia” typed in an eerie blue font. The music that lurked behind these words set the mood for what seemed to be a very intense and thrilling movie.

I soon found myself very disappointed with what I thought would be a satisfying movie. The film began with a subway station and the busy city streets of Philadelphia in 1988. Many people of different ages, genders, and body types were shown walking the streets. It wasn’t even 45 seconds later that all of these different people were shown lying face down on the ground with blood pouring out of their nose and eye cavities.

This initial gory scene left me unsettled and utterly confused. I had so many questions: what had happened to all these people? How does this even happen? Why didn’t the movie show me what was going on?

All of these questions were not really answered throughout the rest of the film. All that viewers learned was that the “thing” that killed these people was a radioactive isotope from the future that was being injected into the back of the victim’s neck.

At first, the idea of an isotope seemed intriguing. Shortly after, though, it was merely uninteresting and presented in a less than mediocre way.

The idea of time travel really hurt the film. Since this idea is so unrealistic, it took a potentially mesmerizing plot—a detective chasing after a serial killer—and made it cheesy, which immensely lowered the quality.

The plot states that every nine years, there was a certain type of moon that would rise, and this serial killer, who kept dying, could come back to life and inject the isotope into more people. Since she was from the future and was able to time travel, the detectives could never catch her or kill her because she would vanish with the moon.

This storyline lost any remaining attention and drive that I had to finish the movie.

The quality of the film was not only lowered by this time travel idea, though. The way that the movie was shot left a lot of the scenes with a shaky camera-quality, leading me to believe that In The Shadow of the Moon had a novice camera crew.

The acting was also sub-par. The main character, Detective Lockhart, was played by Boyd Holbrook. He delivered the best performance, even though it was by no means commendable. The female lead—the serial killer—was played by Cleopatra Coleman. With all the qualities and all the potential to be a complex and captivating character, Cleopatra Coleman simply did not pull it off.

I was left disappointed by the casting, filming, and plotline. In The Shadow of the Moon is a two-hour movie. I thought that I was in for a thrilling and exciting two hours, but I was left unsatisfied.

This film gave me nothing but confusion and disappointment and left me feeling like I had wasted my time.