The Report redefined my previous premonitions about historical movies 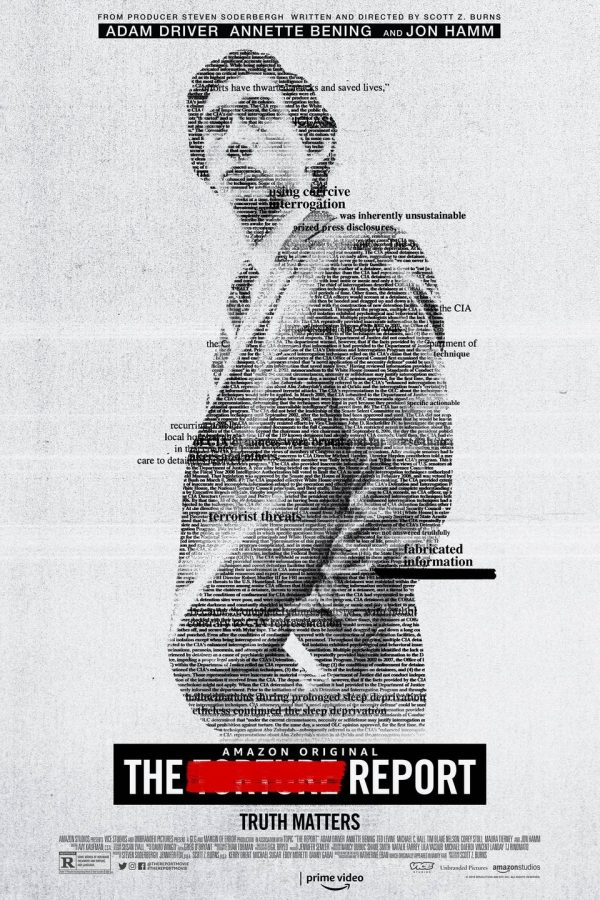 I was born in 2003. I never experienced the horror of the 9/11 attacks, and I likely never will experience that terror; however, I find the events, reactions, and long-term effects of 9/11 extremely significant and important to learn about.

The terrorist attacks formed a cloud of apprehension in the country that remained suspended in the American air—along with the debris that surfaced from the collapsed buildings—long after the initial stupor.

The attacks altered the United States. The nation remained in a state of paranoia after the attack, and the once positive, optimistic mindset that had previously been so passionately ingrained in American society started to slowly deteriorate.

The new film The Report is based on real occurrences during the aftermath of the 9/11 attacks, and it provides a unique perspective of the events as well as sheds some light on the impact of mass hysteria.

The movie’s plot surrounds the main character Daniel Jones, played by Adam Driver, who works as an investigator for the Senate and the Federal Bureau of Investigation. Jones works for Senator Dianne Feinstein, played by Annette Benning, and is given the impossible task of uncovering the truth behind the CIA’s Detention and Interrogation Program that they established after the attacks on the Twin Towers.

Jones quickly becomes obsessed with his assignment, and he is shown spending long, arduous hours working to sift through documents from the CIA that could be incriminating. Driver does an incredible job portraying Jones—a feat I didn’t necessarily expect from the actor. Most know Driver from his role in the recent Star Wars movies as Kylo Ren, but I believe his portrayal of Daniel Jones in The Report better showcased his expertise in the acting field.

While the primary focus of the film is Driver, the acting talents of several secondary characters cannot be ignored. The movie highlighted the impressive acting performance of Annette Benning, who played Senator Feinstein, well; she captured the regality of her character perfectly. Jon Hamm also appears in the movie, and he convincingly portrays White House Chief of Staff Denis McDonough. Without the combined acting performances of Driver, Benning, and Hamm, the movie would not have had the same lasting impression on me.

Throughout Jones’ investigation, which spans the majority of the movie, it is revealed that the CIA illegally used torture tactics against several suspects of terrorism. It is also proved that the tactics were used without any proof of effectiveness. These findings cause Jones to become even more immersed in his case, and he works on composing a final report of his findings.

The expert direction of Scott Z. Burns added a necessary smoothness to the film, and the seamless transitioning kept me entranced. The movie switched between several locations, but the direction made it easy to follow. The pairing of Burns’s great directing skills and the cast’s acting made the movie stand out among many other similar films that have been lost to history.

The technical features of the movie were, without a doubt, impressive, but I think the unique perspective was the reason behind my enjoyment of the film. Most people remember the horror that was placed on Americans during 9/11, but we often neglect to acknowledge the vindictive actions that our country responded with. The Report not only acknowledged the deplorable actions of the CIA, but it showed that mass hysteria caused so many people to throw away their values for a false sense of security.

Overall, the film was captivating, and I enjoyed the sincerity that it offered.