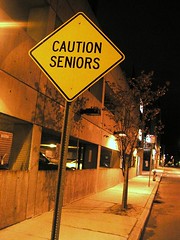 From news headlines to twitter posts, the saying ‘ok Boomer’ has swept the nation. The phrase ‘ok Boomer’ has sparked a controversy between generations, the Baby Boomers and Generation Z, as it was purposely made to mock the Boomer generation and its stereotypical attitudes and beliefs.

Used by Generation Z, it was wildly popular on TikTok; videos tagged under the phrase’s hashtag have more than 44.6 million views. It was even used by a young member of the New Zealand Parliament after being heckled by an older member while addressing the climate change situation, which is the reason it has become a trend.

Global warming is hard to ignore and has been a huge conversation in the world, bringing in opinions from all people—including older generations. Many of the Baby Boomers don’t see a need to take action over the matter, denying the reality of the issue. In a Gallup poll reported by R.J. Reinhart, “70% of Americans age 18 to 34 worries about global warming this compares with 62% of those 35 to 54 and 56% who are 55 or older.”

This was frustrating for those who put in the effort to get the word out about the topic and has led to the now known term ‘ok Boomer.’

This was a new attitude introduced to the American generations; for the longest time, political power has been marketed towards the Baby Boomers. This marketing continued, skipping over Generation X, who was not given an outlet and barely any information on political issues.

This can be compared to an adult and a child—an adult ignoring what a child has to say. Yet, this is bound to happen, to look down on the younger generations, a cycle of history repeating itself.

When the internet was introduced, this obviously gave an outlet for people to talk about issues and to spread awareness about topics. Generation Z, as the only one to grow up on the internet and be informed about the political atmosphere, also was given a platform.

By members of Generation Z using this phrase of words, they have exposed the generation of attention to their opinions. Attention is the currency of our culture, and by using this expression, Generation Z has marginalized the Boomer’s influence through social media and has captured the attention of the population.

With this platform, Generation Z has been able to make fun of issues that they deal with and that comes hand-and-hand with ‘ok Boomer.’ The generation thinks of the phrase as a joke to dismiss the narrow-minded people that some will associate with Boomers.

This is where controversy begins, pooling in all of the generation as condescending attitudes. Some even believe it’s as bad as racial slurs as not all of the Baby Boomers act as such and should be respected as equals. Even if we don’t agree entirely and might be frustrated with certain perspectives, we should still treat them as people.

‘Ok Boomer’ is seen as mainly a joke to those who aren’t with the times. It unintentionally has cemented that times are changing, perspectives are changing, and the status quo will change.