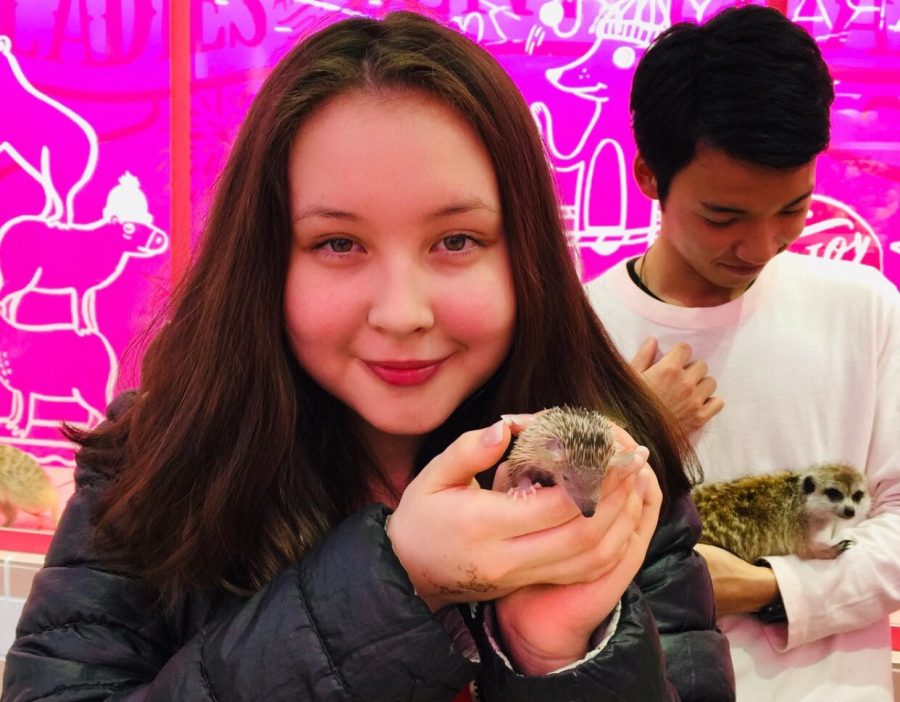 Around the year 2008, in sixth grade, is when sophomore Desiree Tuohy was cast for the first time.

Every year like clockwork Goodwillie presents the famous show, a Christmas Carol. The school makes sure every student has a chance to perform and Desiree was given the opportunity to find a passion for theatre. When the casting was posted she received the role of Mrs. Cratchit and caught ‘the bug.’

“I was like, ‘oh my goodness this is totally for me,’” Desiree said. “That day I had caught the ‘theatre bug,’ so I guess that’s really when it all started.”

When middle school came around, Desiree had been scouted by a talent scouting agency.

Desiree had to memorize and perform monologues for as many as fifty agencies, traveling as far as Atlanta or Los Angeles, California for showcases, but since these places are so far, it was discouraging to continue with it.

“It was kind of hard,” Desiree said, “since most of them are in Los Angeles and Atlanta and all those places, and it’s kind of like, ‘well I don’t live there.’”

The distance proved difficult to work with these showcases, and the competition Desiree worked with seemed to be more skilled and more experienced. Regardless of when she stepped on the stage, all her worries seem to wash away.

“It was intimidating at first,” Desiree said, “but once I was on stage a bit longer I forgot the crowd was there and just performed.”

She continued her love for theatre when acting in this year’s production of The Crucible. Although Desiree had a small role as a ‘village girl,’ she bonded with her fellow actors and grew closer with them.

“I felt really connected with the group,” Desiree said, “but at the beginning, it was a little hard. I guess everybody has their cliques, but at the end of the show, everyone is so bonded [together]. It’s like you have a second family. Then the post-show depression hits, and it’s like ‘oh no, I’ll never have another show like this with all these wonderful people.’”

Not only is Desiree involved with theatre, but she is also captain of the Toastmasters Club, which is a gavel club to encourage leadership and public speaking among any student that are open to it.

The club officially started in November and gained a following of about five members, all tailoring their own speeches by themselves and presenting their work in front of the group and working towards goals such as highest award for leader or highest award for speaker and so on and so forth. They might have only a few group members but it’s become a connected, secure setting for those to speak their minds.

“Well, right now our club’s pretty small since it’s just begun,” Desiree said. “But as time goes on, it will become a safe place for everyone because some people have anxiety when they go up there. So it’s just a safe, friendly place.”

The inspiration to start the club all came from her mom, who is passionate about public speaking. With that, Desiree was inspired to also learn this skill of expressive speaking

In addition to public speaking, Desiree finds herself fascinated by the world of broadcasting.

“I really like to be on air, and I’m currently on [the afternoon] FX,” Desiree said. “It is by far my favorite class. I find the process and all the jobs so intriguing.”

With every hobby and passion that Desiree has, it comes together and plays into her dream of becoming a news anchor. Public speaking and theatre have really influenced her interest and ability to do so.

“I’m actually thinking about studying broadcasting,” Desiree said. “Maybe [I’ll] become a news anchor. I guess the speaking part will help me become a more fluent speaker, so if I’m on air I can speak more fluently.”