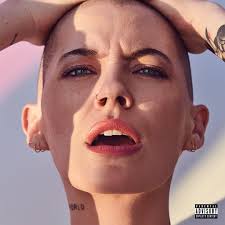 Coming back more powerful and capable than ever, Bishop Briggs released her newest album Champion, which demonstrates her incredible vocal range and empowering song-writing. It joins one other full-length album in her repertoire.

Her songs may not be heard on the radio often, but two of her singles topped the charts on their own. In 2015, her single Wild Horses reached the top of the Billboard charts. Similar to its predecessor River, it climbed to number three on Billboard’s Alternative Music Chart and set many other records.

Wild Horses and River were my go-to pump up songs before a middle school volleyball game. When Champion came out, I was surprised to hear Bishop Briggs had released new music, and I was glad she didn’t end up being a one-hit-wonder.

The album leads with I Still Love You, a short song evidently inspired by rock and indie influences. A repeated piano melody is the first sound heard; however, a trap beat is introduced early in the track. Her voice has a rasp, grunge element I found empowering. Her distinct sound can only remind me of an indie Pat Benatar. She doesn’t show off her vocal range in this opening song, yet her talent is still undeniable through her tone and lyrics.

Briggs sings of lost love and the hurt of letting go. Her soulful voice expresses the pain and struggles she experienced. But after this tragedy, she learns to let go and move on. This opener is short, simple, and sweet.

I felt the conflict she was expressing, and I could relate and empathize through my own struggle. I enjoyed the lightness of the track, and I felt more understood and stronger with every song that played.

Champion, the third song of the album, bears the same name as the album it belongs to. The tempo and tone of the collection pick up with this song. A staccato guitar tune and simple drum beat begin this track. The piano in this track is lower and heavier, blending into the vigorous drums and bass. This builds the chorus and finally releases it with a crash of cymbals.

Briggs’s vocal range and control are on display here, and they are nothing short of powerful. She goes on complex and intricate runs during the chorus and exhibits the absolute heights of her range. Briggs is no stranger to high notes, and she is clearly not afraid to demonstrate her expertise.

The theme of overcoming pain is expressed throughout this song, and Briggs, once again, perfectly communicates this feeling. She finds herself in the “darkest part of her mind” and struggles with wounded self-confidence and issues with her identity. As the song builds, her message changes to moving past her problems and becoming a champion.

I felt my own confidence grow as the beat grew more energetic. I used each piano chord as a step to build up my self-esteem. This song conveys the message of a fight, and I felt prepared for anything to come at me.

My favorite song featured on the album is Wild; it deals with issues of identity and finding yourself, strengthening the theme already established by the other songs in the album. The catchy hi-hat and techno beat draw you in and open you up for the flood of emotion. Briggs sings over a gospel-inspired background track harmonizing with her. The voices melt together and inspire the feeling of losing, then finding yourself.

She conveys this feeling not only through the beat and tone but also through the lyrics. She compares life and the world to the wild. She uses “getting lost in the wild” as a metaphor for losing your sense of self and having to fight to find it. This idea is something that I connected with, and Briggs captures the core of this feeling impeccably.

Although Briggs sang about feeling lost in the wild, I felt free and airy while listening. I appreciated the harsh drum hits and lost myself in the whimsical background singing. Despite this whim, I still felt grounded and sure of myself.

Champion offers themes of struggle that almost everyone can relate to and identify with; Briggs’s powerful, raw vocals extend support and empathy towards people experiencing the same pain that she feels. I felt the conflicts she experienced and felt capable of anything after listening through this album.

Champion left me empowered, and while I wait for Bishop Briggs’s next release, I will keep these songs in my playlist.