A new wave of fame has hit 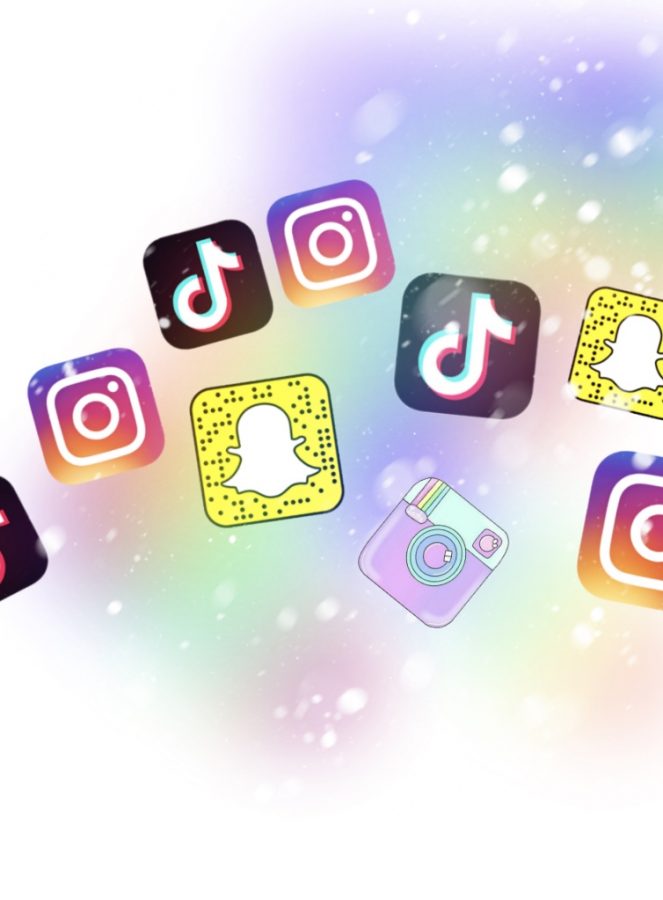 As we all know, and as I’ve said many times before, this generation revolves around technology. More specifically, this generation relies heavily on social media. We all have it, we all use it each and every day, and whether you choose to admit it or not, social media is most likely a very prominent part of your life.

However, my point isn’t to go on and on about the fact that social media is very eminent in today’s society. Everyone has heard and already knows the effect of social media and technology and the expanse to which it stretches. What a lot of people don’t often address is some of the byproducts this social media epidemic produces.

More specifically, the type of people we turn our eyes to and give all of our attention, providing them with not only mass social media fame but also, in my opinion, a huge load of undeserved money.

On social media today there are several people we all have our eyes on. I’m not referring to the models, the actors, or even the artists; I am referring to the average, everyday people that millions of people are fawning over.

TikTok, for example, has become a major platform for this type of fame. After TikTok exploded this year, a distinct group of “Tik Tokers,” and young ones at that, has been developed. And no, this group, at least most of it, is not doing anything special—they’re dancing or lip-syncing to numerous sounds that, for some reason, everyone finds fascinating.

On the very surface of this, one wouldn’t really see a problem with this. Good for them; millions of people are watching them do theoretically nothing. However, the behind the scenes of the whole issue shifts the image.

These people, all mostly under the age of twenty, are getting paid a lot of money for each and every video they make. I mean, it’s honestly a good gig, I would love to make random videos of myself and get paid for it, but I also understand the reality that it is a little ridiculous.

I’m sorry, but how is it that we are praising people who are making videos of themselves mouthing things and occasionally dancing. This false sense of fame has been increasingly developed, and it could end up being harmful to this generation.

Once again, I am not trying to put a damper over the things these people have accomplished. Congratulations, you got millions of people to praise you for your TikToks. My point is that people today are fawning over things that are essentially pointless. Even for those of us who will deny that we pay attention to them, we do and just the fact that their names are so easily recognized is very defining for what people are praising these days. And, it all comes from this tendency that we all follow what others do as much as we want to say we don’t. The trend and growing fame of people had to start from somewhere, and it spread through the constant reality that we often follow what others do.

Another example of this generation’s tendency to give fame, and money, to people that don’t do all that much is Youtube. While the “Youtuber” thing may have died off for a few years, within recent years, it came back with a flaming vengeance and a new name—vloggers.

Once again, millions of people are finding themselves absolutely captivated by people who are talking about their day, doing their makeup, or just doing other random things they post on social media. Once again, good for them; they found the key to money and fame in today’s society. They took advantage of people in today’s society’s obsession with social media. Personally, I just find it absurd that people are entertained so easily.

I mean, if I would’ve known sooner all I had to do was make relatable videos to make money, I would’ve hopped right on the train. But this new epidemic of fame spread quickly, and it continues to grow and grow as we give people on social media more and more attention.

Whether you want to view this new phase of “fame” as a good thing or a bad thing is entirely up to you. I’m not trying to call out everyone who has made it big from this shift; they took advantage of a trend at just the right time.

I am just trying to make you ask yourself if the people you are watching throughout the day deserve the fame and the hype they get. And, if the new fame of our generation deserves the money they are getting paid, especially at such a young age.

The new wave of fame is happening, and it’s important we all take a step back and pay attention to the things we are hyping up to go viral. Whether you love it or hate it, the things that millions are paying attention to are changing.

Essentially, we are giving people fame who don’t deserve it.