Through the hardships of moving, FHC’s foreign exchange students are loving the U.S. 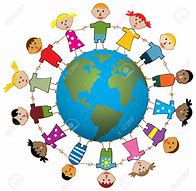 Each year, almost 3,000 exchange students come to the U.S. for the once-in-a-lifetime experience of living with a host family, going to an American high school, and becoming part of the local communities.

For sophomore Alba Perello Pastor, becoming a foreign exchange student in the U.S. was always her dream. Although she holds her home country Spain close to her heart, the thought of coming to the states invariably lingered in her mind ever since she can remember. Luckily for Alba, three months ago, that dream turned into a reality, and she gets to live it out at FHC.

Alba is not the only one in Ranger Country to have that same dream become a reality. She shares a similar experience with her fellow sophomores Sina Korb, Irene Moro, Javier Nebot-Marquis, and Francesco Roveri. Through the same ambition is what brought these five keen and adventurous students into the walls of FHC.

Ever since she was a young girl, Alba was eager to get a feel of what the “American dream” was like. Based on her avid passion for American movies—before she stepped foot on U.S. soil—she knew she’d have a special love for the land of opportunity.

“I knew that [America] would be just like the movies I used to watch,” Alba said. “I’ve seen pictures and videos of what it’s like here, and it is just what I imagined.”

Also coming from Spain, Irene has had an experience complementary to that of Albas. She also dreamed of what life in the U.S. would be like. Because her mother was also a foreign exchange student in America at a young age, she nudged Irene to take the big leap into coming here—she knew what a great opportunity it could be for Irene.

“My mother really liked it here when she was my age,” Irene said. “I didn’t know much English [before coming to the U.S.], and she knew that this would be a perfect opportunity to come here and master the language and also see what it’s like in America.”

Getting here took a lot of effort for all of them, and finally arriving and settling into what their life was going to be like for them for the next nine months, had more challenges than expected.

Going to a foreign country with little knowledge of the language spoken there is difficult for many students as it is, but mixing that with going to a public school adds even more arduousness on top of an already stressful situation.

“My first few days in America were really tough,” Francesco said. “Everyone talks super fast, and I didn’t know much English. So it was really hard for me to understand what everyone was saying.”

The fast-talking predicament followed Francesco into his first few weeks at FHC, along with the other four of FHC’s exchange students, and made their transition harder than expected.

With the ever-so-slight language barrier that they persevered through while getting comfortable in the school, they were also thrown off by the drastically different school schedules compared to schools in their native countries.

It was almost the same for Francesco in Italy. There, he was destined to finish high school in five years like the rest of his classmates. He’s been with the same group of people through most of his academic career; it’s made him closer to those he spends most of his day with.

“We never switch classes, so I’m usually with the same people [in Italy],” Francesco said. “Everyone is like a family there, and you get super close with everyone. It’s been very different for me constantly switching classes here, but it’s a good change.”

The constant switching of classes, inability to understand a bulk of the language, and exposure to a completely new country is a workload many wouldn’t be able to handle. Despite all their obstacles, FHC’s exchange students have worked diligently to catch up to the speed of their peers in classes. It’s a lot to balance and isn’t a very easy task.

Considering the extraneous amount of homework and classwork these five individuals have to catch up on, they seemingly find a way to handle it all.

“My exchange students don’t have too much trouble learning the content,” said history teacher Laura Stiles. “They have trouble translating the words. It takes them a lot longer if they have to translate, but they are very smart and hard-working.”

Outside of school and all of its demands, the five students have enjoyed their experiences in the U.S. They are even more excited about what’s to come in their next seven months in the states.

“The hardest part about coming here is probably missing my friends and family back in Germany,” Sina said. “It sucks sometimes, but I know that the experiences I’m making here will last a lifetime.”