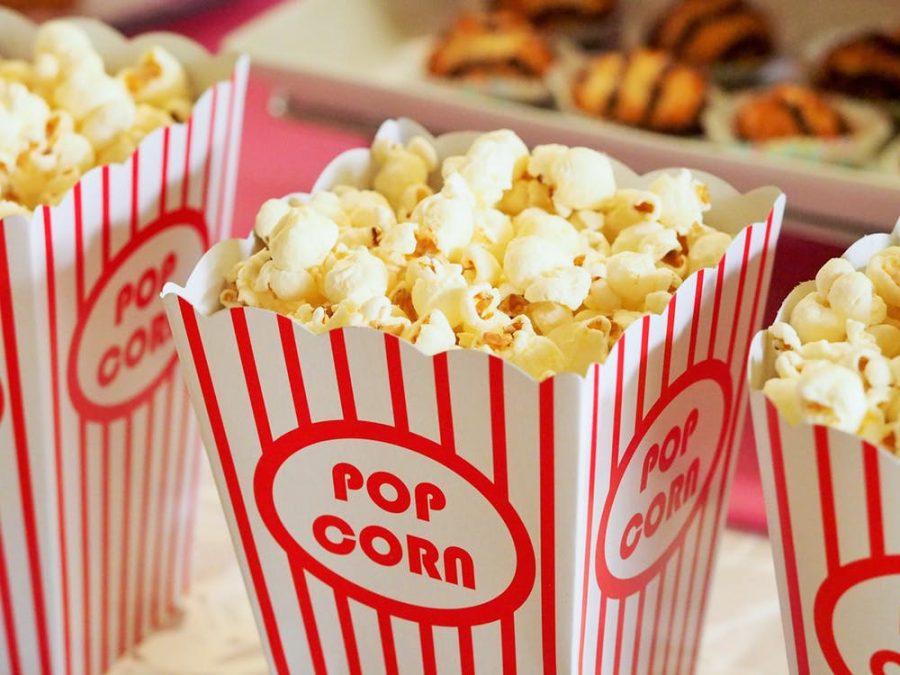 Movie theaters have been around for over a hundred years proving to be a place of escape and entertainment for any bypassers. Ever since the first theater was opened in 1905, many advancements have been made to better the movie watchers’ experience. Now, in 2019, the Celebration Cinema at Studio Park only elevates the bar for other theaters.

The first thing I noticed about Celebration’s new addition was how contrasting the exterior was to its other theaters. Rather than being consumed in neon lights and loud colors, the new theater was a more modern twist on design.

Choosing to fall in line with the surrounding apartments, the theater is wrapped in neutral-colored bricks and slick, silver and black colors. Dimmed windows stretch from the ground all the way to the roof.

It seems as if this Celebration illuminates a facade more fit for a high-end entertainment space rather than a movie theater.

As I made my way across the small mall in front of the theater and entered through the glass doors, I was halted by the smell of movie theater popcorn; but, I soon got a scent, unlike the fake butter-covered snack. When I turned my head away from the snack bar, I soon detected where the unfamiliar—yet enticing—scent was coming from.

Sharing the building with the new theater is a restaurant and bar that only adds to the class of the building. While waiting for our movie, we spent our downtime relaxing in the beautiful, mature atmosphere of the space. It provided the perfect lounge area when being caught waiting for the showing.

As our time until the showing dwindled down, we found ourselves encapsulated by the colorful candy boxes and jumping popcorn kernels at the concession bar; however, the culinary options did not stop there.

Not only did we have the standard chocolate, popcorn, and soda pop found at any other theater, but more unique options were also listed on the menu. Loaded tater tots, mac and cheese bites, French toast bites, and funnel cake fries are just a few of the more unusual options.

After exploring our choices and finally narrowing down to a reasonable order, we made our way to our designated theater. Once entering the theater, I noticed one thing: it seemed a little small. Compared to other Celebration Cinemas, the number of seats in the theater seemed on the lower side.

This is due to the fact that every seat was reclining. Recliners have become more and more common in the movie theater industry, but there was one thing that set these seats apart from the rest: heaters. Every seat was set with a reclining function, a personal table attachment, and heating settings. All of these things contributed to the best watching experience I have ever had at a theater.

I am no theater snob; however, the new Celebration Cinema introduced a heightened expectation for movie theaters: an expectation of comfort, luxury, and taste. Their elevated take on what makes up a movie theater made me wonder: what other forms of entertainment can be improved?