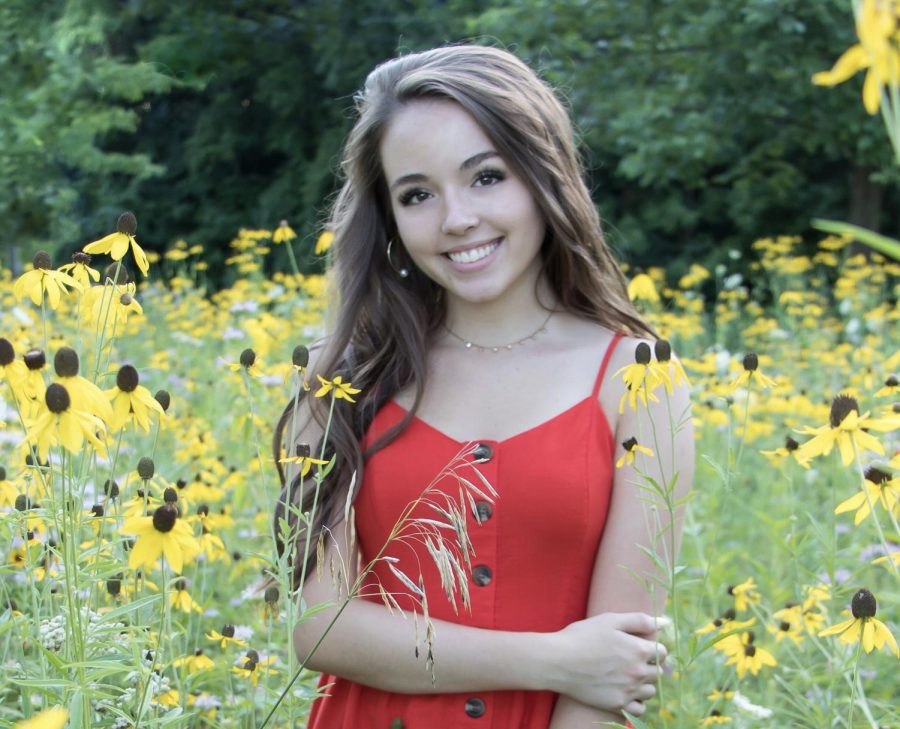 Rheumatoid Arthritis: a disease in which the body’s immune system attacks itself causing the joint tissue to thicken and cause a blockage.

Senior Abby Stachowiak has experienced this her whole life. Despite being a dancer for most of her life, Abby had to quit before she even entered high school because of her rheumatoid arthritis. Her condition worsened as she grew up which caused her to avoid any kind of strenuous physical workout.

“If I look at it now, I look at how much it hurt me, and how if I wasn’t in pain, I would’ve enjoyed it,” Abby said. “I feel like now I am a lot stronger than I would have been without it. I’ve just gone through so many experiences that have made me tougher because of going through the pain of it.”

The control that rheumatoid arthritis has on Abby is losing its hold. A couple of years ago, her doctor gave her the green light to start working out again. With the help of her boyfriend, she has gotten back into the routine of daily workouts. Now that she is able to get back into a routine, Abby is getting back to her old self. It places her on the road to the possibility of dancing in her near future.

“Maybe in college I’ll take a couple of [dance] classes and join a team,” Abby said. “Hopefully, I can get back into dance because the disease is almost gone.”

Throughout all of this chaos, Abby’s mom has been her safety blanket, and without her mom, she would have less support, comfort, and love. It helps even more that their connection is very strong as Abby views her mother as another one of her friends. The tight bond they share creates that sense of safety for Abby in her time of need and vice versa.

They are there to take the heat for each other when they are having bad days; they are the only family members they live with. It does put a strain on them, but their bond is the opposite of glass.

“I can say that we’re pretty close; [my mom is] like my best friend,” Abby said.

Rheumatoid arthritis has changed and shaped Abby, but it evolved her experiences and made her grow into the person she is today. Although she does have this disease, her life does not encompass it all the time. The evolution and growth of Abby’s views on the world have helped her dig deeper into who she really is and what she believes in.

“I want to figure things out and not mess anything up,” Abby said. “I need to make sure I’m responsible and not get in trouble or not make any stupid decisions.”

For example, Abby’s friends wanted to join a local climate strike downtown over the weekend, but Abby did not want to because she did not know much about it. She does not want to dive in or have an opinion on a certain situation if she does not have all the facts. Although, if she had all the facts and knew what was going on, she would support her side of any situation.

“I don’t like to be wrong, and I will prove I am right,” Abby said.

Often, Abby reminisces her character in elementary school; she looks back on herself as shy and quiet, mostly keeping to herself. She feels as if this health disease has slowly transformed and created her daunting personality—someone that her elementary self would never believe she could turn into.

One thing that has helped her vibrant and social butterfly personality shine is her hostess job at Olive Garden that she has been working at for about a year. The unbreakable relationships that have been molded with her co-workers have helped Abby leave behind her past timid and reticent part of herself.

“Once I started to get into high school, I changed to be more outgoing,” Abby said. “I was definitely more quiet when I was little.”

While  Abby’s health condition, rheumatoid arthritis, faltered her physically, it has made her grow more courageous as a person.

“I am taking more things on now,” Abby said.