With 5 members, one EP, and a laid-back disposition, Pay with Pesos perfectly sums up what it means to be a teenager 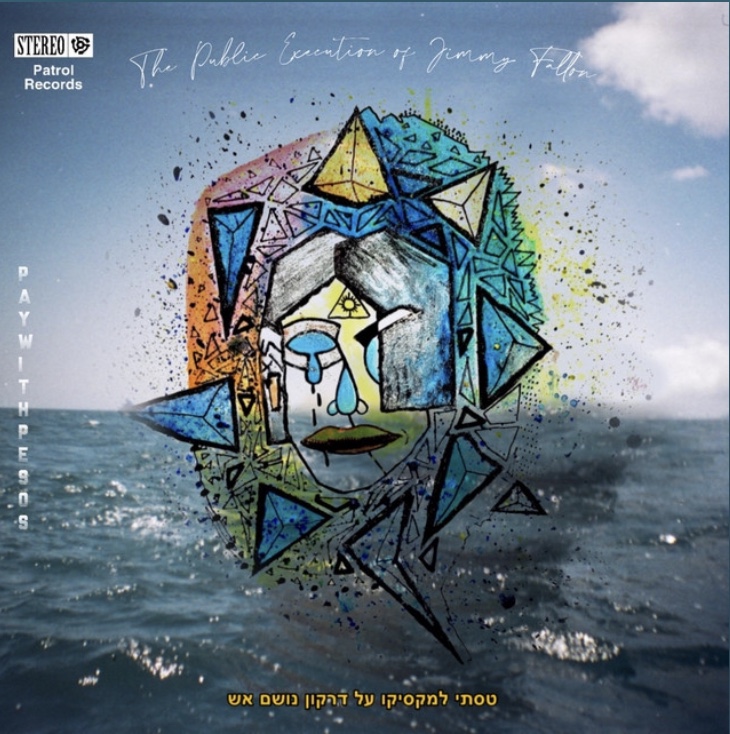 A string of chords flowing from the painted fingernails of a 17-year-old. An attic bedroom with too many instruments filling all of the empty space. An aged computer. A friend’s garage. A group of boys who, approximately one year ago, decided to make music and haven’t stopped since. Pay with Pesos, in essence, is representative of what it feels like to be a teenager.

In a prelude to this, their single, “The Public Execution of Jimmy Fallon,” made its debut at the end of October and is an insightful peek into what’s in store for the new year. According to Micah, a junior at East Grand Rapids High School, this most recent song is “a little more out there” and “a bit more experimental” than their previous works. This track speaks with a more outgoing, less serious tone than some of their previous works, and it showcases their dedication to creating content as this will be their second release in less than six months.

While the band seemed to start off more in the “pop” realm in order to “get their foot into music,” Thom says that “it’s really important that we don’t try to sound like anybody else; we just do what feels right.” Their new album proves this as it seems to be more eclectic in taste, and Micah states that the album is “really all over the place” as they “go everywhere from garage rock to a jazz-inspired song.” According to Micah, the band is continuing to try to “carve out [their] own role in [the music] community,” and Sohu is the beginning of a deeper exploration of their own unique sound.

Some of their inspiration, however, stems from the other groups such as Sunpaper and The Ryne Experience, who both play at the same venues as Pay with Pesos.

“We are always listening to and hearing what they’re doing and liking it,” Henry said. “[We’re] always thinking [about] how we can build off what we have to get a good response.”

Using this source of inspiration, the band devoted the first six months of their time together to solely writing songs. The first song that they ever wrote, “Foreign Lands,” is a testament to their talent as well as their versatility across a wide range of audiences.

I managed to play it a few too many times during dinner one night, and after, my mom still remarked, “Wow, how can kids this young have so much talent?” With an exciting beat and lyrics that remain easy to sing along to, “Foreign Lands,” along with the entirety of their EP, never ceases to amaze even my mother.

Continuing to astound me, “Bad Press” and “With the Times,” quickly became favorites of mine and are, to put it simply, easy on the ears. Even with my very limited knowledge of the guitar, both tracks are rich with musical genius, and they showcase the hours upon hours of rehearsal that goes into their creation. Pay with Pesos’s music and sound is one that simply urges your body to move; this music was made to be felt.

Many bands that are thoroughly loved through a phone can, unfortunately, be disappointing during live listening. Pay with Pesos, on the contrary, is just the opposite. Whether played live or streamed on Spotify, their sound is never reduced to anything less than entirely captivating.

The very fact that they are so reachable—so closely intertwined with their fans and listeners—is what makes the “garage band experience” feel even more special. To have the opportunity to watch someone perform in a living room or a garage is a much more personal and raw experience than, say, a typical concert. The physical and metaphorical proximity to the band allows you to not just listen, but to really hear the song lyrics, which further unveils the emotion, heart, and soul that build beneath their songs. The amount of passion, love, and appreciation that Pay with Pesos has for music—others as well as their own—is clear, and that, in turn, makes it even easier to cherish what they create.

For Micah, though, the intention of the live shows goes deeper than just a fun atmosphere or a place to spend time with friends and meet new people.

“All I’m trying to do is connect with people,” Micah said. “Sometimes with fans, it feels like there’s a connection, but it’s not really to the music. I think there’s something about the way that our fans specifically have just really gathered around the music. It’s not about anything else; it’s just about the songs.”

In the short time since I discovered Pay with Pesos in early September, their music has populated numerous playlists of mine and marked countless road trips. I’ve come to learn their lyrics, know their faces, and become eager to find out when the next show will come.

Pay with Pesos doesn’t just make music; they create songs that evoke feelings, spark limbs, and allow people to bond over a shared affinity for something greater than themselves.