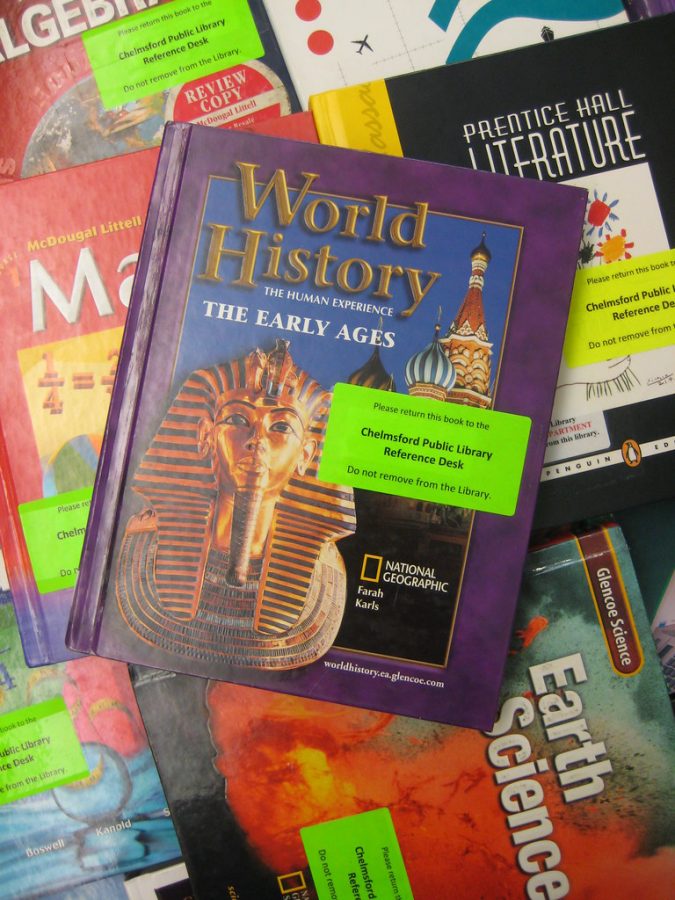 As exams are closing in, freshman Grace Crook is preparing to start studying for her first round of high school exams.

“I study at least two weeks to a week-and-a-half before and try not to cram,” Grace said. “I go over a section a day and just take notes, or [I] walk through something I don’t fully understand. Making Quizlets and Kahoots helps me too.”

Although taking exams is stressful for students, Grace is starting to study beforehand so she doesn’t have as much work just before testing begins.

“I need to study for Civics and Biology a lot more,” Grace said. “I don’t really think you should study less for a certain subject but focus [more] on areas you don’t understand.”

Sophomore Jaelynn Carlson seconds this as she also believes that studying for the subjects you struggle more in leads you to success. Jaelynn thinks focusing more on the subjects that are harder for her is more beneficial.

“I feel like I have to study harder for math, for example, because that is just one of the classes I struggle with,” Jaelynn said. “I would be studying more and focusing more on that subject than something like chemistry, for example, because chemistry comes kind of easy to me. I definitely do study less for some things, but I always make sure that I study as much as I need to.”

Different methods of studying work differently for everybody, and Jaelynn’s way of studying includes starting a couple of weeks in advance like Grace.

“I’m a huge procrastinator,” Jaelynn said, “but a couple of weeks to a week before exams I start getting everything out and organized. I start making flashcards and notecards and Quizlets, and [I] just [spend my time] studying as much as I can and cramming for everything that I need to know.”

As Jaelynn mentioned, a big way that students can study for exams is with the reviews teachers give in class. Making sure to go over and talk about the work and problems in class is helpful to students. Talking over issues can help give clarity, something Grace believes is important to have before taking exams.

“[Teachers should] give more time [in class to study] because we have less than a week left before exams, and we are still learning new material,” Grace said. “Some of my teachers only give a list of what is going to be on the exam, but not actual [examples of the topics] to help us with. I like in-class time to do reviews so if I have a question, I can ask the teacher in [person].”

In-class time to work on exam reviews takes the workload off of students who all have multiple exams to study for. It also gives students the time they need to ask questions they can’t ask outside of school.

“I feel like [teachers] prepare you pretty well and give you most everything you need,” Jaelynn said, “but sometimes on the reviews, there is not a lot of stuff you would see on the exam.  A lot of teachers are really good about putting in some more questions on the review that are [going to be] on the exam.”

“Personally, for me, cramming works best because then it’s fresh in my mind,” Chance said, “but I can see how it’s also beneficial to start [studying] earlier because then you have known the information [longer] instead of just remembering it.”

Throughout the different years of high school, different grades have their own ways of studying the material and preparing for their exams. Chance thinks that, through his multiple years of studying, the amount of material given definitely varies.

“I feel like freshman year [teachers give enough material] because they pile it all on for you because they think that you are not going to be as ready for it,” Chance said, “but then senior year, they don’t give you as much because it’s senior year.”

Although Chance feels like he doesn’t have as much to study for, he still has a few classes that definitely require some studying, as well as some that don’t.

“For Gone Boarding I don’t have an exam, so I don’t really have to study for that [class], Chance said. “[For] my creative writing class, I have to write a paper, and I have time to revise it if I write it sooner. And [for] my psychology class, I feel like I would have to study more because it’s more facts.”

While studying methods vary as exam season comes around every year, everyone has dealt with the similar stress that comes with the testing. Yet, there isn’t a better feeling than when the stress is finally over.

“I’m getting nervous [about] how fast exams are coming up,” Grace said. “I think they are basically going to be the same as they were [in the past], just maybe with harder material. I’m excited to get them over with and enjoy my break after.”