The winter blues are roaming the green hallways of FHC 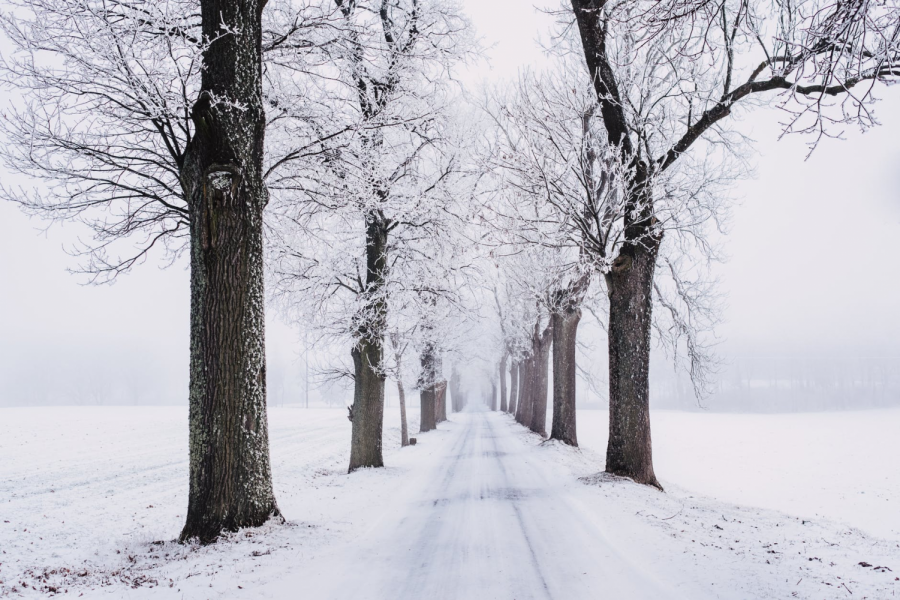 Three FHC students give their opinion on the annual return of the winter blues.

In the season of snow days, sweaters, and sugarplums, there’s one ingredient that adds to the droll distinction of December that cannot be ignored. When the splendor and fascination of the first snowfall dissipates, a certain wariness arrives with the weather. As the days until springtime dwindle, there’s only one thing keeping sunny spirits at bay: the winter blues.

The winter blues somewhat resemble the common cold, and the symptoms are just as easy to spot. Exchange sniffles for sluggishness and tissues for tiredness, and the winter blues suddenly seem to be a very valid reason to stay home sick. High school students, however, have no time for self-diagnosed snow days, and as winter break draws closer and closer, the effects of the winter blues become more and more taxing.

Junior Taylor Baumgardner is no stranger to this snowy sadness, but to her, the winter blues don’t represent a hatred for snow but rather an appreciation for other seasons.

“I wouldn’t say that I don’t like the cold or the snow,” Taylor said, “but I’ve always noticed that I’ve never been as happy in the winter as I am in the summer. Don’t get me wrong, snow is gorgeous, but I think I do prefer a good 80 degrees.”

Winter provides a drastic change in scenery, especially for Michiganders. As the crisp colors of autumn are washed away by a bleached blanket of white, suddenly the seasons aren’t the only things that seem to change.

Taylor, much like many others who are unlucky enough to endure Michigan’s winters, has had to adapt her hobbies in order to fit the demands of the winter months.

“[I miss] being outside,” Taylor said, “and [I miss] the warmth [of summer] and being able to go out on hikes—just being able to spend time in the fresh air [instead of] having to be cooped up inside.”

Senior Megan Raisch also loves the outdoors, and winter’s effects on her day-to-day lifestyle have impeded her ability to partake in one activity she truly enjoys: going for a walk.

“I [go on walks] for two reasons,” Megan said. “One, because it just feels good to be outside. Two, because it’s really beautiful. In the winter, it’s still very beautiful to go outside, and I can still appreciate that, but it’s so cold. It’s hard to focus on [how beautiful it is] when you’re just bitter about how freezing [cold] you are.”

Because going for walks is one of Megan’s most influential de-stressors, it’s not hard for worries to pile up. With the new school schedule on everyone’s mind, means of relaxation are crucial to maintaining positive mental health, and when they are absent, stresses tend to build and build.

Sophomore Matt Willemin’s case of the winter blues is centered around these stresses that come with the closing of the first half of the school year; his case, however, is different in the way that his emotions aren’t the main victim.

“I’d say I have less energy in the wintertime mainly due to the semester winding down,” Matt said. “With exams coming up and teachers packing in tests and even new content at the last minute, it’s the most stressful time of year. However, I wouldn’t say I feel less happy than any other time of year, but I certainly feel less motivated to get work done.”

The majority of those impacted by the winter blues, though, find themselves ridden with an icy woe. With midwestern winters being notorious for their perpetuity and polarity, it’s hard to stay positive during these bleak, cold days.

This paucity of positivity is a significant result of Megan’s winter blues, and she attributes her downtrodden spirits with a specific part of the winter blues: lack of sunlight.

“The only time you really get [sunlight] is when you’re in school,” Megan said, “so it feels like you’re living in constant darkness because when you get out of school, you have light for like three hours, and then it’s dark.”

This solar scarcity is what causes the manifestation of Megan’s monotony and moroseness. With longer nights being a staple in winter months, the winter blues often attack at night. In Megan’s case, these attacks come in the form of “nighttime feels.”

“Everyone hits their nighttime feels like when it’s night,” Megan said. “For whatever reason, once it hits night time, it’s just way easier to think about the tough stuff in life, so when night feels like it’s coming sooner, you just feel that for way longer.”

Whether the winter blues impact your energy, emotions, or just seem to put you in your “nighttime feels,” keeping a positive outlook is crucial. In light—or rather, dark—of the influx of cases of the winter blues, it’s important to remember that although they spread like a disease, the winter blues do have treatments.

Matt’s approach to uplifting his energy comes with embracing what winter has to offer.

“I enjoy Christmas time a lot,” Matt said. “During [wintertime], I like to listen to Christmas music and stuff like that. Beyond that, I try to do some winter-exclusive activities with my friends, like ice skating, and a nice cup of hot chocolate never fails to hit the spot.”

Megan keeps out the cold by basking in the warmth provided by her friends.

“I just try [to] hang out with friends a lot and text with friends [to] take [my] mind off [the winter blues],” Megan said. “The worst thing to do is just dwell on your problems, so if you take your mind off them, it’ll help you out.”

Taylor’s treatment, on the other hand, is entirely internal. The winter blues are no match for her rose-colored glasses and optimistic outlook; despite the frigid airs of winter, one thought never fails to warm her mindset.

“The winter blues are not that fun,” Taylor said, “but you just [have to] deal with them, and you [have to] know that there’s another summer coming.”