Taj Dhillon is growing and adapting to the trials of moving 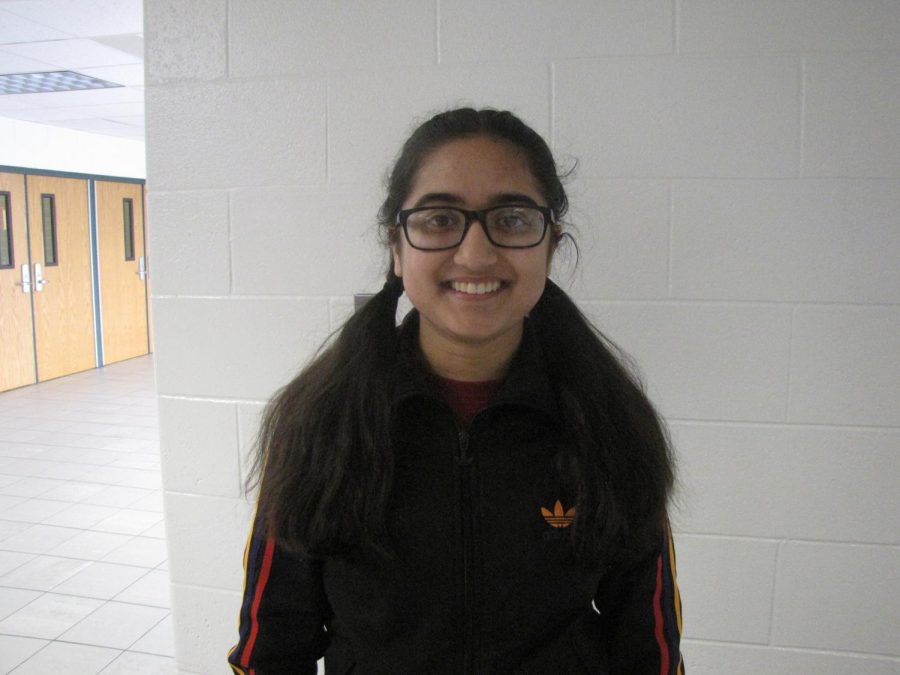 Moving schools is a difficult challenge for anyone to have to endure. Moving as an upperclassman, when most constants in high school are already established, makes the feat even more formidable. Moving from one country to a completely new one is an onerous accomplishment that even the most determined would face challenges with. For junior Taj Dhillon, these extra demanding situations were here reality over the summer.

Moving from Brampton, Ontario to here, the meaning of her normal has completely shifted from what it used to be.

“A lot has changed,” said Taj, who had never moved before this. “We downsized, so having all our stuff, and moving into a smaller house is a lot. Also, the people, like family, are different. We don’t have much but we do have some close family here, but the rest is over [in Canada].”

Immediate family was also left behind during the move. Taj, along with her younger brother, freshman Harsaajan Dhillon, has an older brother who stayed in Canada. Two years older and attending the University of Westen Ontario, Taj has felt the distance from him in the move.

“I miss him a lot,” Taj said. “We get to see him at breaks and stuff, and he’ll come on the occasional weekend but it’s hard, and I miss him.”

In addition to a different cast of family members surrounding her, Taj’s entire surrounding environment has changed. She says the most noticeable difference from Brampton to Grand Rapids is the difference in cultural diversity.

“In Brampton, you’ll know every culture, what they eat, what their cultural practices are,” Taj said. “That was a melting pot you could say. The greater Toronto area [is] like every single culture. You’ll know everything, you’ll have a million different cultured restaurants to go to. Over here, everything is so limited, because there’s not as much diversity here.”

Difference aside, Taj has begun to carve out her own little niche into FHC. Through her various involvements, she is beginning to leave her mark. One of these is her spot on the school’s Model UN team.

The team recently participated in a tournament in Kalamazoo, GLIMUN as it’s known, and Taj did well in addition to forming new relationships and enjoying herself.

“[The] Model UN conference was really fun,” Taj said. “I had a really good time and met a lot of new people, not even just from this school, but from other schools, too. It was a really good experience.”

Model UN is something that Taj plans on continuing in high school, but there is another extracurricular of hers that she thinks will serve her better later in life: HOSA.

“I want to continue doing it next year,” Taj said, “because I’m planning on pursuing science post-secondary, and that would come in handy there.”

Taj’s subsection of the student health group is specializing in Epidemiology, the study of diseases. She is tasked with educating herself about the subject as much as she can and then she takes a test on what she has learned. When compared to others in her category, Taj did very well, winning regionals and qualifying for states, which she is debating on whether or not to attend.

Inside of school, Taj takes many of the standard classes, though there is one anomaly. Taj is the youngest person in AP French, a class that is usually just a select group of advanced-level seniors. Taj attributes her proficiency in the language to the early instruction of French she received in Canada.

Taj, who describes herself as “pretty fluent,” thinks that she’d be able to survive speaking only french in Quebec but not the actual country of France.

“[The french in Canada] is more laid-back,” Taj, who first started learning french in first grade, said. “It’s more full of slang and is a whole different culture than France.”

Regardless of how much she is involved in, and how successful her time at FHC has been so far, Taj still recognizes the difficulties that come with such a big move. Still, with the proper mindset, she thinks that anyone can make the transition work.

“Expect the worst in people,” Taj said. “If you get your hopes up then you’ll just be let down. If you keep your hopes low than they’ll always be raised, and things work out.”