The Weeknd’s new songs, “Heartless” and “Blinding Lights,” give listeners a peek into the his complicated love life 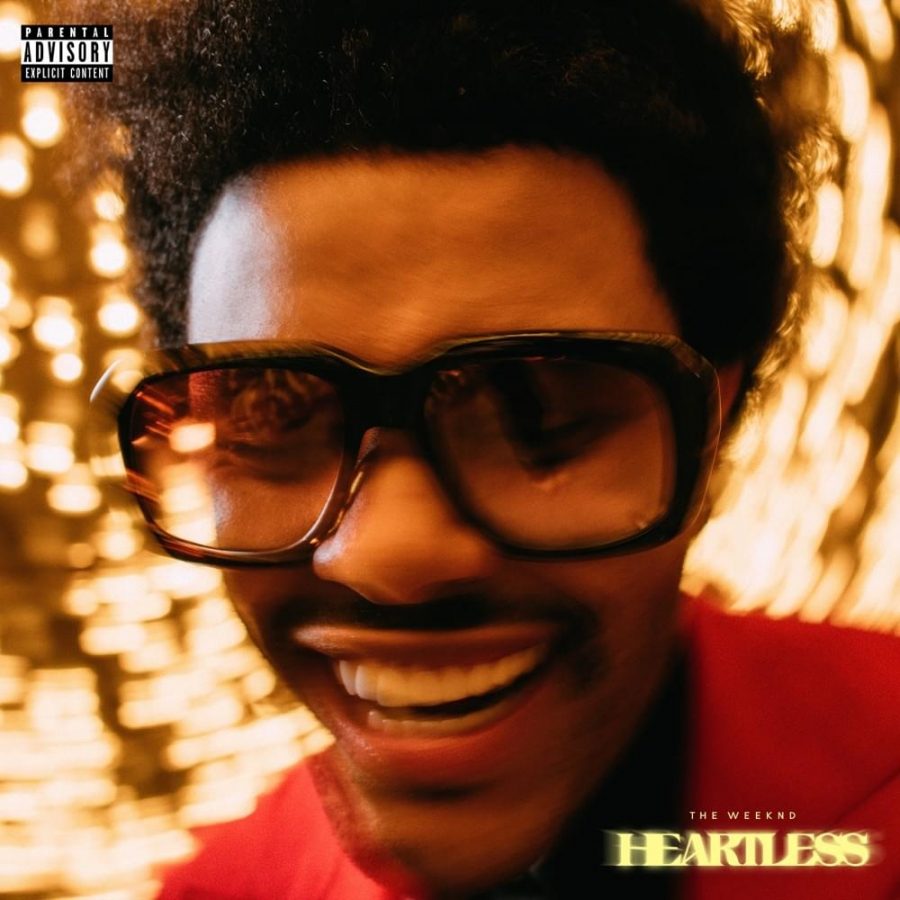 Surprising waiting fans, Canadian singer Abel Makkonen Tesfaye, better known by his stage name The Weeknd, released two new singles in the past month. These singles, “Heartless” and “Blinding Lights,” both made it onto the Billboard Hot 100 list and for a good reason.

I would be lying if I was to say that I am a big fan of The Weeknd—I only listen to his music every once in a great while. However, when he released music from an upcoming album for the first time in over three years, I had to take a listen.

I click on “Heartless” on Spotify, and I am greeted by some heavily reverbed synths. These synths create a euphoric aroma that sustains throughout the whole song.

The interesting thing about the synths is the aroma that they create seems moodless. Until the drums kick in, it feels like the song could be devastatingly sad or it could have a furious vibe, but it turns out to be something completely different.

Once the drums kick in, the song suddenly becomes energetic and, as us Gen Z kids say, hype.

The first verse of the song consists of The Weeknd talking about girls and, to be more specific, all the girls that want him. This egotistical tone that The Weeknd has, though, does change with the introduction of the chorus.

During the chorus, it becomes apparent why The Weeknd named the track “Heartless.” The chorus consists of him confessing the negative aspects of his life and why he is the way that he is—this is because he is self-proclaimed and heartless.

The song then continues to alternate between The Weeknd talking about girls and how heartless he is until the song eventually fades out in the end.

The song starts out very similarly to “Heartless” with a collection of synths that create a mysterious tone for the song. This, however, changes very quickly with the introduction of the drums. Once the drums kick in the song becomes very upbeat and happy.

In the first verse, The Weekend is again talking about girls, but this time, it is just one girl that he has on his mind. This girl is someone that he wants in his life, but it does not appear that she feels the same way.

After the verse, The Weeknd sings a pre-chorus. In this pre-chorus, he talks about being in Las Vegas, also known as Sin City. He then proclaims that he can’t see clearly there without this girl, which he further explains in the chorus.

In the chorus, he explains that he is blinded by lights. These lights which he speaks about seem to refer to the lights of Las Vegas, but I believe he is talking about the paparazzi and the flashes of their cameras. This, I believe, is a metaphor for dealing with the pressure of being famous.

After expressing his blindness in the beginning of the chorus, The Weeknd then begins to proclaim how much he needs this girl—which he then talks about for the rest of the song in both his verses and choruses.

In “Heartless,” we hear how lots of girls want him, but he can’t commit himself to a relationship because he is broken and heartless.

And in “Blinding Lights,” we hear a completely opposite message. In this song, The Weeknd wants to be with a particular girl, but she doesn’t want him for whatever reason.

I believe that these two songs most definitely deserve to be on the Billboard Hot 100. Not only are the beats of each song unique compared to other hip hop songs, but The Weeknd also shows vulnerability as he sings about his struggles with love.