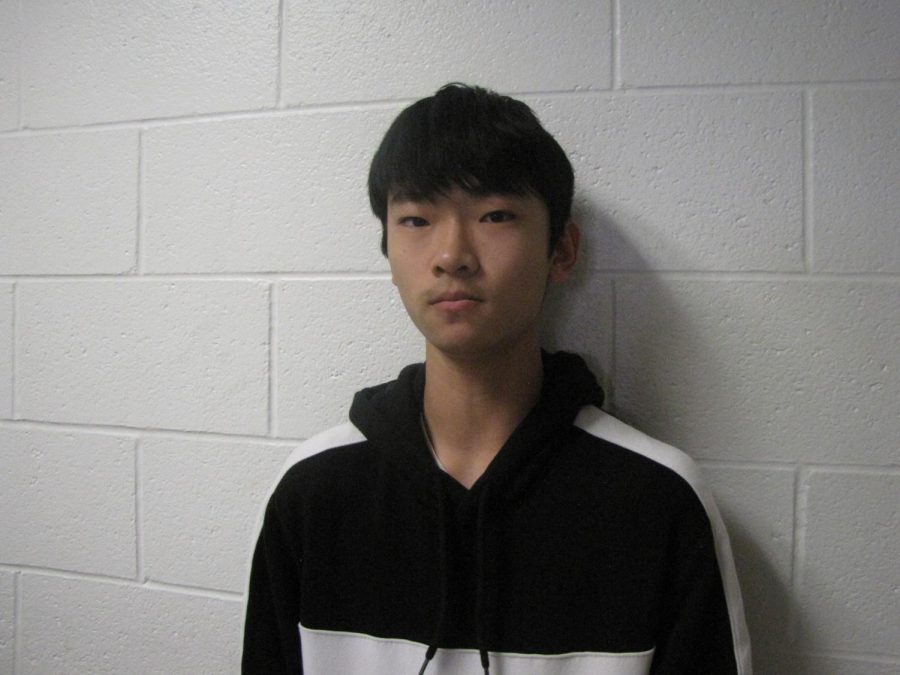 Most students in high school will complain about how difficult it can be, but freshman Wenqi Wang will give completely different reasons than most.

Wenqi moved to Michigan only two years ago; however, trying to acclimate to a new environment was among the various struggles he faced.

“The [main] struggle I have is language,” Wenqi said. “I still need to learn more vocabulary for better English.”

Wenqi has only known English as long as he has lived in Michigan. Chinese was the first language he learned, and English followed many years after.

Before he moved to Michigan, Wenqi lived in Wuhan: a large city in the central area of China.

Wuhan to Michigan is a large move, but Wenqi has managed to overcome the challenges. The culture in Michigan is entirely different than Wuhan’s culture.

However, Wuhan is also different geographically, which adds one yet another element for Wenqi to adjust to.

“Michigan has more static season than Wuhan, and [it is] colder than Wuhan,” Wenqi said.

It may seem like it is only a small, unimportant change, but it is those little things that make people feel at home.

Even though adjusting to a different physical environment is difficult, Wenqi also had to adjust to a new mental environment known as school.

“When I first came to FHC, I felt like it was a little hard to fit into this large group,” Wenqi said.

Trying to fit into a large group like the student body of FHC can be quite difficult at times, but Wenqi also had to adapt to the new environment around him.

There are copious amounts of people that take a long time to adapt to new environments, and even after two years, Wenqi remains in that group of people at certain times.

It became even more difficult for Wenqi to focus on adjusting to the new environment when he reached high school, though.

High school alone holds many difficulties: keeping track of grades, applying to colleges, standardized testing, and trying to fit in.

“I [felt] out of place because I was trying to adapt to the environment,” Wenqi said. “Sometimes my friends and I don’t have the same concept on the same things.”

One of the core pressures in high school is the speed at which many classes move. Without the lightning-fast speed in each class, teachers will not have the chance to complete the course.

There is a large variety of opinions on school among many students. However, for Wenqi, his struggles do not always take place in the speed of the course.

“[School is] not too hard for me,” Wenqi said. “But I am trying to adapt to the environment of this school and that [can be] hard.”

It can be very grueling for some students to keep up with their teachers without a language barrier, but Wenqi has to experience those fast-paced courses with that language barrier.

Wenqi also does not get a break from the effort he has to put in to keep up with everyone else.

Everyday life causes him to face the same dilemmas no matter where he goes.

The number of quandaries faced by Wenqi does not stop him from persevering. Wenqi’s relationship with his parents helped with the struggles.

“I live with my mom because my parents are divorced,” Wenqi said, “but I still have a good relationship with [both of] my parents.”

Wenqi’s parents have given him all of the support he has needed since the move to Michigan.

There will always be obstacles for Wenqi to overcome, but he knows that after time, those obstacles will begin to remove themselves.