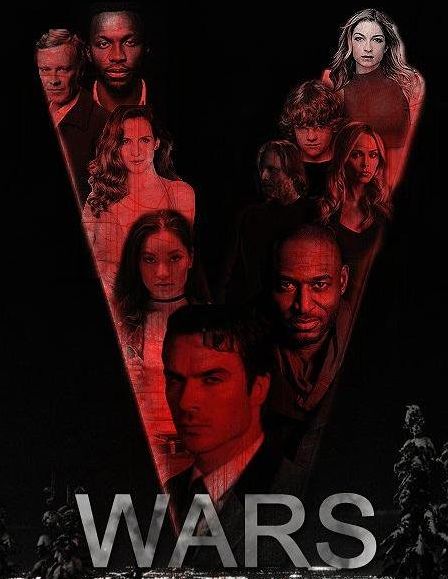 Ian Somerhalder and Nikki Reed embark upon another vampire adventure, but this time they are trying to escape the infectious disease before their time runs out.

The first season of the Netflix television show V Wars came out December 5th and has brought us yet another spin on the folklore of vampires. The season is ten episodes long, each episode around forty minutes, each minute as enticing as the last.

The show portrays phenomenal actor Ian Somerhalder as a physician-scientist named Dr. Luther Swann. His character discovers a dormant virus brought back from the ice ages due to a recent increase in climate change.

This despicable virus infects Luther’s best friend Michael Fatne, played by actor Adrian Holmes. The virus transforms him into a version of a vampire—or more commonly referred to in the show as a Blood. This sickness has the world as we know it today split between humans and infected—showing no one mercy. The characters, both good and evil, are ready for a fight as the show primarily consists of a mix between science fiction, fantasy, and even a little mystery.

As the plot progresses, you form a connection to the unique dynamics of each character—deciding who you want to root for, hoping they will survive until the next episode. The way that the show is written makes it not entirely clear who the good or bad guys are. This forced me to be all the more interested in continuing to watch.

The show gives the vampire universe a whole new perspective. These vampires do not sparkle in the sun or fall in love with doppelgangers. Instead, they terrorize the world, fighting to thrive as a new species without being brought to extinction by national security. Moreover, becoming a Blood is something you cannot control; it’s a disease spread that makes you a different version of the human race. These refreshing new twists made V Wars stand out against all other types of vampire-related television.

Besides the fact that the acting is commendable, the writing has also been brewed to perfection. Each line is spoken with the perfect dash of fear while still remaining realistic in a scene that is believable.

However, there are some sides of the series that leave me confused. The plot will occasionally take these turns that are unnecessary or lead your brain down a train of thought that has no real relevance to the overall storyline. This can make the show seem less appealing, but overall, it is still an experience worth investing some time.

Even with the occasional flaws of the show, the confusion left me feeling passionate to find out more and ready to get my questions answered by the superior wording of the script.

V Wars is a must-watch and should not be overlooked. From the well-spoken characters to the adventure-filled plot, the series is one that makes an impact.