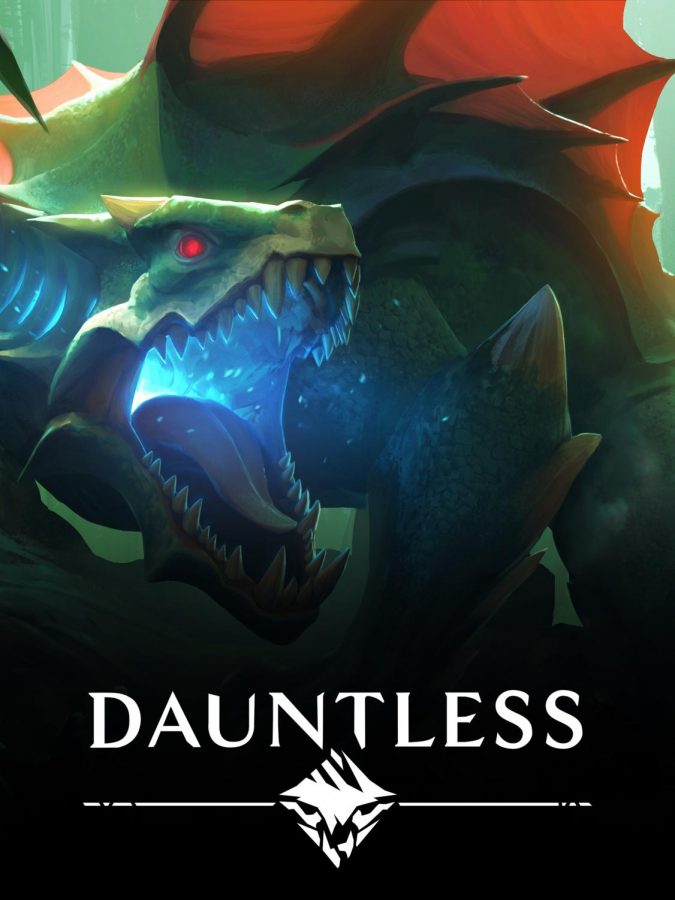 Monsters that are at least thrice your height, are able to kill you with ease, and are immaculately satisfactory to take down.

There is a game that I have been highly anticipating for release on the Nintendo Switch, and on December 10th, it came out. Dauntless is not only available on the Switch, but also on PC, Xbox, and PlayStation.

Dauntless is an RPG⁠—role-playing game—that has two main areas. One area is the hub, where you upgrade equipment and receive quests. The other areas are the wild areas where the main gameplay happens.

Many games that are multiplayer lack cross-platform-compatibility, but Dauntless has it as a main selling reason. You can add your friends on their PC from your Nintendo, Switch, or Xbox. In Dauntless, you play a customized character who is tasked with hunting behemoths, which as the name implies, are much larger than you.

Behemoths are large and in charge, know how to make a ruckus, and can be dismembered. This is where much of the strategy of the gameplay comes in.

The simple way to deal with behemoths is to just attack them with either light or heavy attacks. Light attacks are faster but weaker, and heavy attacks are stronger, slower, use stamina, and have a part or limb damage.

If you’re feeling fancy, you can try to take down their tail to decrease their large-range attacks, go for their legs to topple them, or go for their horn for loot.

Much of the other strategy of taking down the behemoths is what weapon you use. The severing swords, anatomizing axes, hollowing hammers, lung-rupturing lances, combo chain swords, evasive aether strikers, or the severing Ostian repeaters.

All the weapons have their own charm outside of their type of slashing, piercing, and blunt damage.

The sword is a simple weapon for even the most inexperienced players to use. Axes serve as supreme severer and can dismember enemy parts. Hammers are similar, but deal even more damage at the cost of not being able to sever limbs.

The pikes, a spear-like weapon, can allow the slashing weapons⁠—swords, chain blades, axes and oddly the Ostian repeaters—to have an easier time dealing damage as they lower the behemoth’s defenses. Chain blades are two swords that can be used for getting a few hits then running away with their unique roll replacement—the dash, which is a faster roll, but has less immunity time.

The Ostian repeaters are like a shotgun combined with a pistol. They allow for close range and far range damage in which not many weapons can flaunt. Finally, the astral strikers. Similar to the hammer they also do blunt damage, which means more staggering capabilities. Unlike the hammer, they are a fast weapon with lower stagger and damage.

When fighting behemoths you are not alone. You have three other hunters by your side to take them down. This game is multiplayer, and how Dauntless handles this is great.

The gameplay is important, but if a game is not satisfying to control, the gameplay’s quality matters less. Dauntless’ control scheme is not only reasonable but customizable.

Another feature worth mentioning is the sound design and music. There is nothing memorable, but that isn’t necessarily a negative. The sounds of the monsters and other sound effects feel natural.

The behemoths that can do jumping attacks land with heavy thuds. The weapon sounds feel real.

Another real thing is how much health the behemoths have and how vague their heal actually is. Their health is how close they are to death with a lower health meaning being closer to death. You need to deal massive damage to take them down, but how much damage is massive, I don’t know.

The U.I.⁠—user interface—doesn’t tell you an exact amount of health the behemoths have. I think this is such a nice inclusion because if humans tried to take down a woolly mammoth, we won’t know how close to death it was, we’d only see wounds and blood.

The U.I. is still useful, it shows you your stamina—how much you can use heavy attack and roll or dash—your health, and your teammate’s health with it all being compacted to not take up much screen space.

Dauntless is a game with nearly endless replayability due to its lack of a major storyline, other than quests, and fun gameplay. Even though exams are coming up, you can expect to find me playing Dauntless.