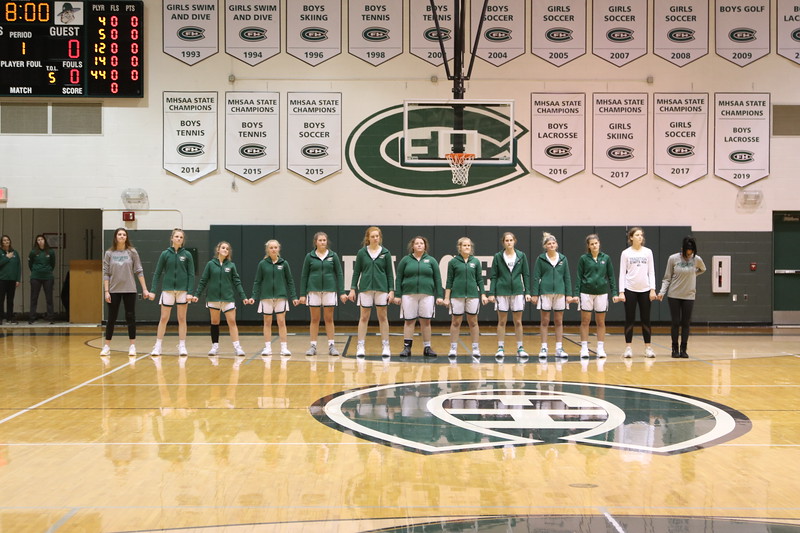 Sophomore Theryn Hallock was a huge reason the Rangers were able to open up the lead. Theryn put up 37 points and got some help from senior Ally Ringler and junior Zoe Lipke, who each scored 6 points.

Another big factor that contributed to this Ranger victory was how the team was able to force the Bulldogs into some turnovers. FHC combined for 21 steals on the night led by Theryn with 7 and junior Brittney Probst with 6. Despite a cold 22% shooting night from 3, Grandville turnovers helped the Lady Rangers get out in transition and get quality shots.

In the first half, the Rangers really struggled to box out and get rebounds. As a result, Grandville was able to hang in the game by getting second-chance points on offense. The Bulldogs kept it close in the first half, but Theryn and Ally started to get going on offense and began to pull away going into halftime.

The second half was much better in terms of rebounding for FHC. It was a team effort in rebounding the ball late in the game, as five different Rangers had 3 boards or more. FHC’s defense also stepped up and got many stops in order to close out Grandville late in the game. All five out on the court put on a defensive clinic throughout the game, and it resulted in a 58-37 win for the Rangers.

This win puts FHC at 3-1 on the season, as this is now the team’s second consecutive 20-point win on the season. The Rangers now focus on its biggest challenge of the season to date— the East Kentwood Falcons. FHC will need to be flawless on both sides of the ball in order to win this game, as the margin for error is a small one against a very good EK team.