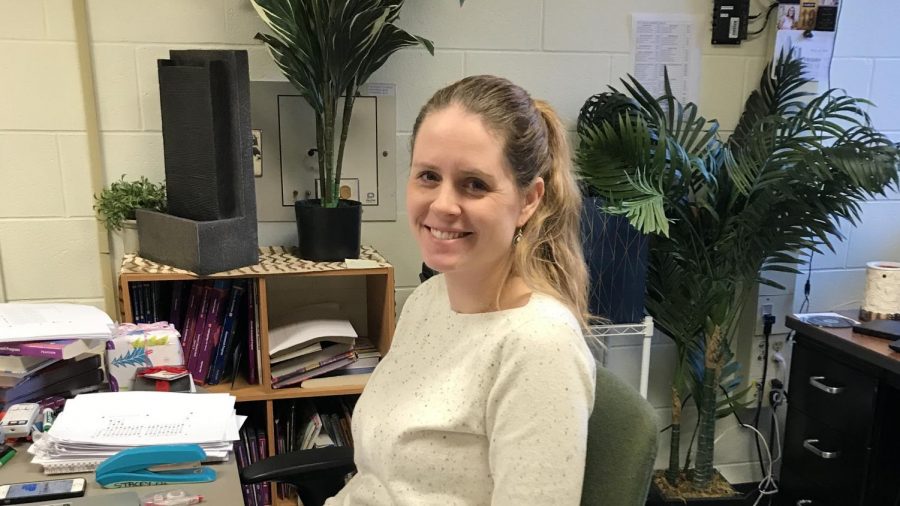 It is common for students to have that certain teacher who they do not necessarily connect with in class. For new Spanish teacher Kate Stacey, this was her Spanish teacher in high school. She was never a fan of the language growing up because she was never inspired by her teachers.

Wanting to travel abroad in her later college years to a Spanish-speaking country, she stuck with the foreign language, but she did not think she was going to do anything with it. Her goal was to become a physics and math teacher during college. All of that changed during her eye-opening trip abroad to Spain.

Never was Stacey able to apply skills learned in school to her daily life until she was forced to communicate in Spanish during her trip. That trip abroad guided her into her love for teaching Spanish, determined to teach it with enthusiasm and excitement, contrary to her previous Spanish teachers. She wanted to give her future students something she didn’t get when she was learning Spanish in school now that she has experienced the wonders the language did in her life.

“When I finally lived abroad,” Stacey said, “I was using something I had learned in school and was using it a lot. I thought I should become a Spanish teacher and actually be a good one so students could enjoy learning.”

Before becoming a Spanish teacher at FHC, Stacey had toured around a few other schools and even lived in Colombia for a total of three years volunteering as a part of the Peace Corps.

“I have been all over the place,” Stacey said. “I started teaching at a high school in South Haven, and then I did a year in grad school and taught English at Eastern Michigan. Then, I joined the Peace Corps and lived in Colombia for three years. Then, I came back to the U.S. and started teaching in South Haven again. Then, I taught at the immersion program at Northern for three years.”

From Michigan to across the border to Colombia, Stacey has had a fair share of moving around. She came back to Michigan, missing the life she had here, and became a teacher at the immersion program at Northern after leaving South Haven. Thinking she would enjoy teaching kids already knowledgeable in Spanish, she stayed at that school for three years.

After three years had passed teaching at Northern, Stacey had realized her love for teaching Spanish wasn’t being fulfilled in the immersion program. Although she enjoyed being there and communicating with her students, she missed the feeling of enlightening students with something new rather than teaching students who are already well versed in the language. She missed teaching kids and seeing kids evolve in the language.

“Immersion students are already really good [at Spanish],” Stacey said. “We did a lot of cool, fun things together in the program, but I really missed teaching students and watching them grow in the language gradually over time.”

After much deliberation, Stacey made the switch that brought her to the front doors of FHC at the beginning of the semester. She loved the immersion program at Northern, but she was excited to finally be teaching kids and helping them mature in Spanish.

She’s currently teaching the first two levels of Spanish offered at FHC: Spanish 1 and 2. Her first semester has been quite gratifying. From her kind coworkers and pleasant students, Stacey feels the warm welcome and inviting atmosphere that is FHC.

“All the kids have been really nice since I got here, and the staff has been, too,” Stacey said. “It has been a really good first few months here.”

While enjoying her time here, Stacey hopes that her students leave her classroom at the end of the school year knowing more than just Spanish words and conjugations. She hopes her students understand the wide variety of cultures in the world and how important it is to be culturally aware of the people and places around them.