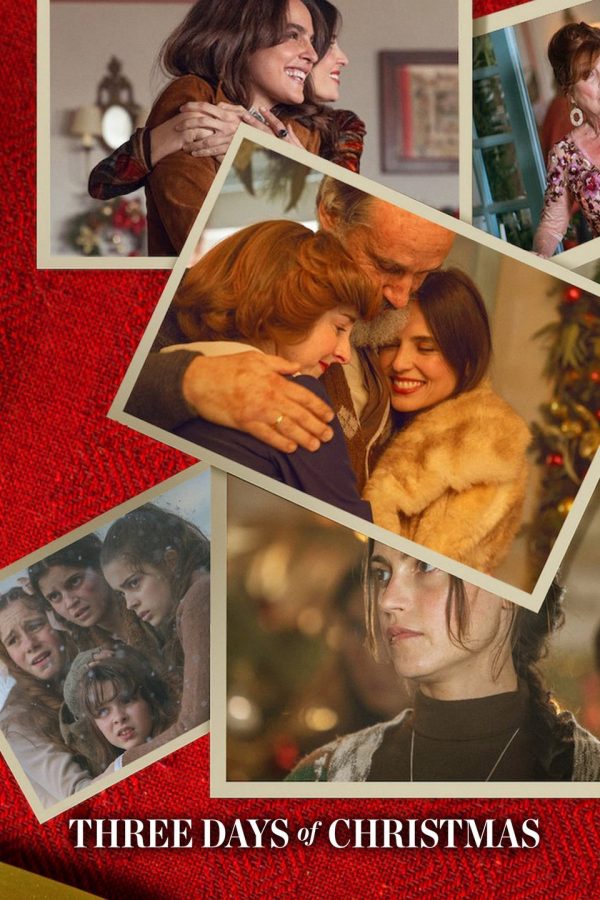 Two innocent, charming, and adolescent sisters embark out into the woods—their family’s secluded forest—to retrieve their younger sister at the hidden lake. Once the three children are together and safe, they begin to head back to their house. Christmas lunch is almost ready to be served. However, before the three girls are able to make it back to their grandiose home, they are stopped by a hurt, bloody pair: an older man and his young daughter.

The man throws his daughter onto the three girls, and he orders the trio to swear on their parents’ lives that they will keep his daughter safe at all costs. After his hefty demands are reluctantly accepted, the man retreats towards the snow-covered lake, and the girls suddenly obtain a difficult dilemma: keeping someone safe while putting others in danger.

Three Days of Christmas is the English adaptation of Spanish Netflix TV mini-series Días de Navidad. The series features only three episodes, and each episode covers a certain time in each of the girls’ lives: adolescence, adulthood, and elderly age. Each episode consists of the events of one Christmas Day during each age; therefore, viewers witness what the four girls are like as teenagers, mothers and wives, and grandparents.

Once Valentina is incorporated into the family, the members of the family swear to never reveal the secrets and complications associated with Valentina’s assimilation. The plot of the three episodes highlights the family navigating through keeping Valentina’s true identity concealed. However, instances such as death bring even more family secrets to the surface, and each of the girls struggles with the responsibility and awareness that accompanies adulthood in contrast to the naiveness that Mateo instills in them as children to keep them safe.

When realizations involving responsibility and awareness occur, the themes of Three Days of Christmas are revealed to viewers. The girls are cradled while growing up since Mateo has an unhealthy fear regarding the girls’ safety. The four girls are discouraged from venturing too far into the woods, knowing about issues around them, and discussing secrets in order to fully process them. But, they are very encouraged to act as if everything is normal; therefore, the message that ignorance is not bliss and that it’s important to have an accepting place to express your feelings and thoughts is clearly given to viewers through the way that Mateo chooses to raise the girls.

Overall, Three Days of Christmas provided viewers with a brief—but detailed—and heartwarming story involving four sisters experiencing conflict yet always being there for each other in the end. Through betrayals, toxic secrets, and miserable mistakes in life, the one constant in each of the girls’ lives is their sisterhood and the unwavering love they all have for each other.