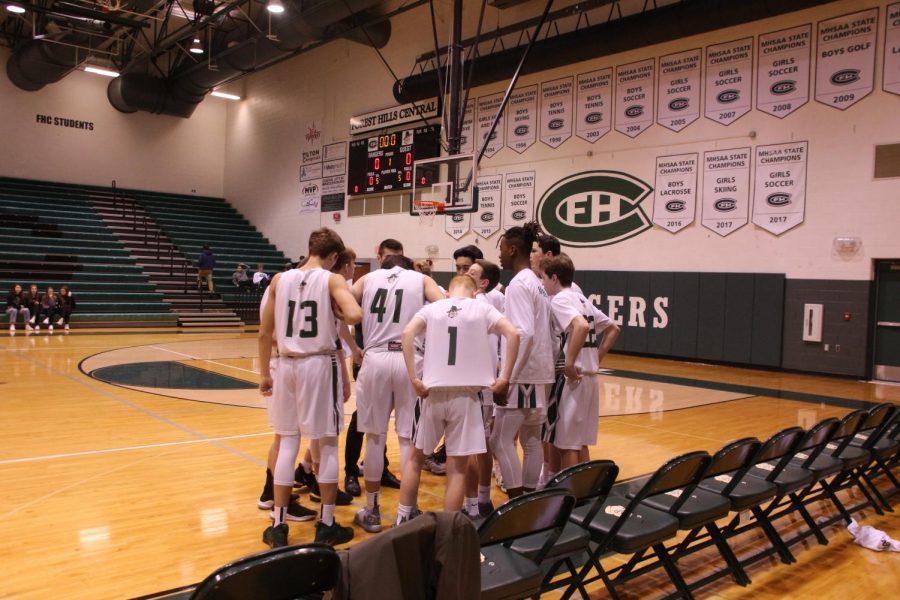 This is a name that will come up all season for the boys freshman basketball team. He often leads the team scoring-wise, and on Thursday night, he scored 19.

Although the freshman basketball team lost tonight, they still played a great game. They only lost by eight points to East Kentwood, losing 56-48. East Kentwood is, and has been, a top contender in high school basketball for some years now, so losing by such a small margin will give the boys confidence, and this confidence will help unimaginably as they seek to be first in the conference by the end of the season.

“We played very well,” Levi said. “The team is confident that we are going to have a successful season.”

Not only was Levi a top player on the court tonight, but so were freshmen Owen Meyer and Sam Sneider. Owen put up 10 points on the court and helped in rebounding as well.

“Our intensity was great in the first half,” Owen said. “Then they got hot in the second half, and we could not measure their intensity.”

Overall, this game was a learning experience for the team and something they will grow from throughout the season. They went into halftime with a six-point lead, and they were hoping that this would transfer over into the second half, but East Kentwood was playing a high-pressure game.

This game in particular is a pivoting point for the team as they now know their true talent. Freshman boys basketball coach Adam Monroe is aware of what this means for the team with an easier schedule ahead for much of the remaining part of the season.

“East Kentwood is a very good team, one of the best we will see all season,” Monroe said. “This shows that we can compete and beat any team on our schedule.”