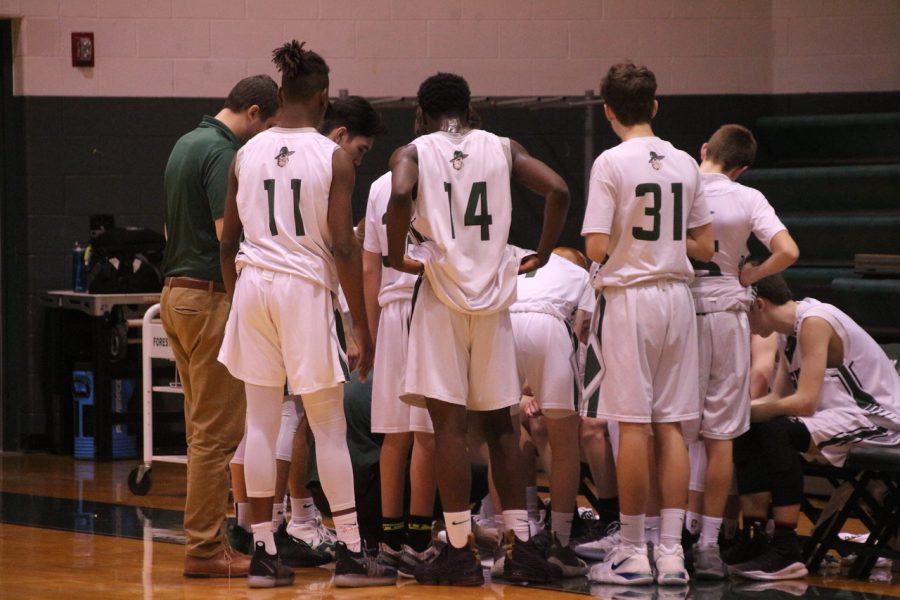 This week, the annual Cornerstone tournament is in session, with many teams coming together to face one another. Last night, the FHC boys JV Basketball team faced its first opponent of the weekend: Allendale. The team was led by Joe Murdock, who controlled the game and distributed the ball well to his teammates. The boys blew away their opponent by a score of 62-22, closing the game easily.

This game was the best and most complete game that the boys have played yet. The game started out fast, and there were no plays that lacked energy; all of the boys played hard and as a unit. Everyone played at a very high level, making it quite hard to pick out a single star. Early in the game, Pierson Van Gorp started with a corner three which gave the team great momentum. Matthew Mittlestadt also had a great and-one that helped the boys out.

“Our guys are really excited about the tournament format and are pumped for the opportunity to play for a championship on Saturday,” head coach Jordan George said. “We played FHE earlier in the season, so we are familiar with each other. It should be a great test and an opportunity to win a championship.”

The boys will take on Forest Hills Eastern on Saturday, January 4th at 1:30 PM at Cornerstone University.