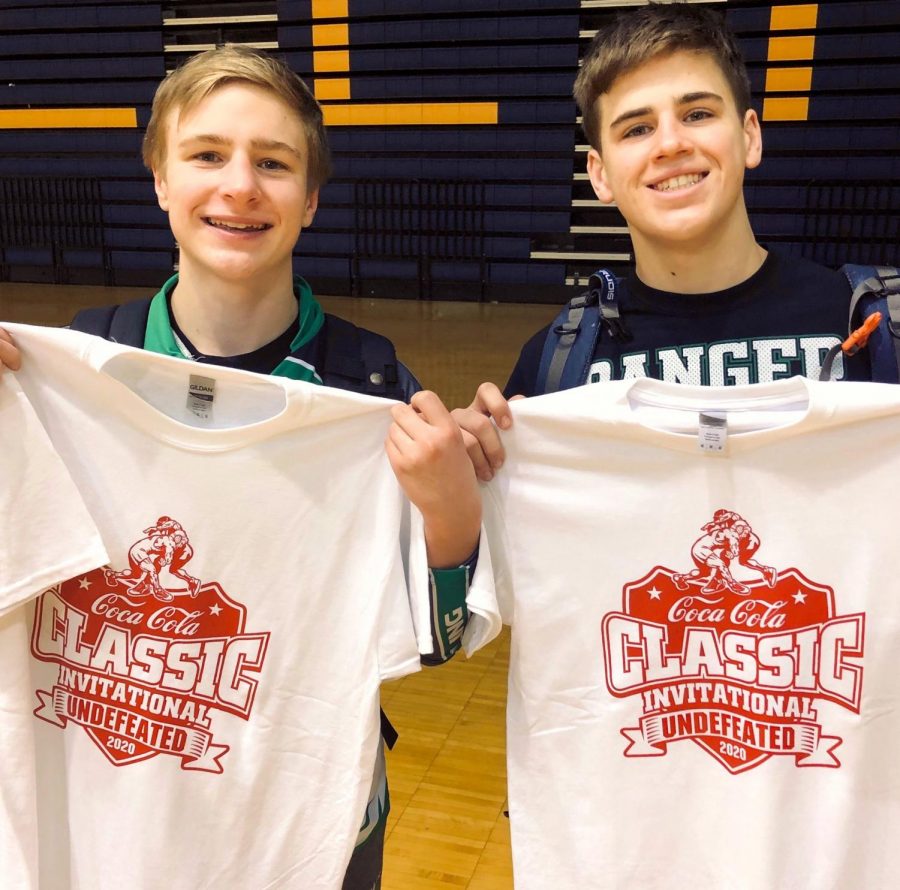 Juniors Caden Jacobs and Mason Childers went 3-0 on the weekend and led the boys varsity wrestling team, who traveled up to Mount Pleasant to face off against three other solid competitors, and ended up going 1-2 on the weekend.

The first match was against Shepherd High School, who beat the Rangers 48-18. The wins for FHC came from juniors Caden, Mason, and Jhett Gavle, along with sophomore Evan Elzinga. These four all pinned their opponents and gave the team key points to avoid the shutout.

Mount Pleasant was the main event for the day, but the Rangers lost it in a close 42-40 battle. FHC is missing key wrestlers such as juniors Bryce Hysong (135) and Isaac Gurley (145) and had their JV guys filling into those spots, which puts them against tougher competition and putting the team at a disadvantage.

The Rangers’ last match was against Owosso, whom they beat 50-21 with solid wins by senior Gavin Keeler, junior Mason Myers, and many more.

FHC wrestles next against multiple opponents at the West Catholic Dunneback Tournament on Saturday, January 11.