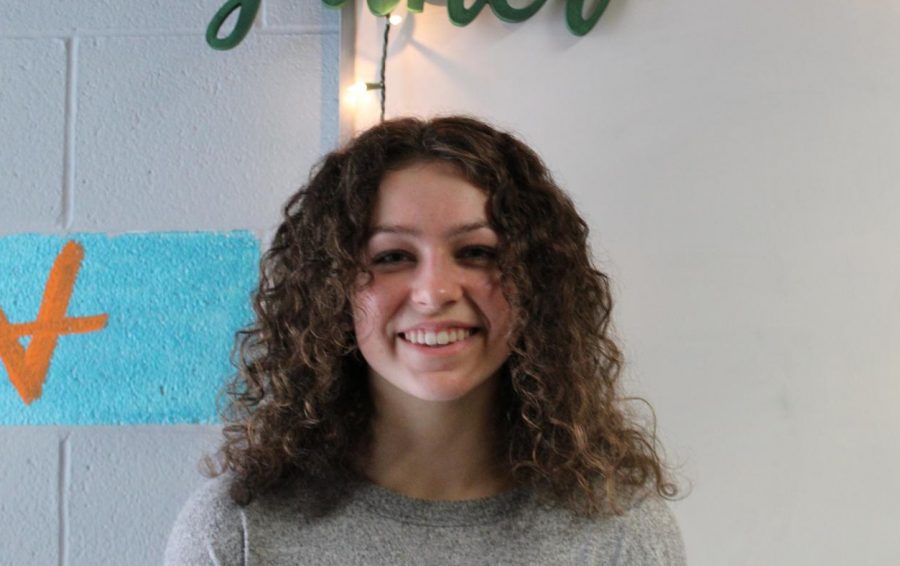 1. Why did you decide to join TCT?

“I was in Mr. George’s Honors English class, and on our day of finals, he told me that my name was suggested to be TCT’s photographer and wondered if I was interested. It sounded like a lot of fun, so I said that I was.”

2. How has TCT helped you grow as a person?

“Since joining TCT and being surrounded by such kind, caring people, I think I’ve definitely grown as a person. The class has pushed me to interact with more people and to take on responsibilities that others rely on me for.”

“If I was a type of cheese, I would probably be Colby Jack, since it’s two different colors of cheese and doesn’t have to pick just one, and I’m bad at making decisions.”

4. What is your favorite thing about photography?

“My favorite thing about photography is that the more you look at a photo, the more elements you can notice about it—there’s more to draw from an image than what you first see. I also like how, beyond enjoying a moment, you can capture it to look back on.”

5. What is your funniest story of complications while trying to get photos for TCT?

“At the homecoming assembly, thankfully just at the very end, the camera’s memory card was full, so I quickly had to delete a bunch of old photos to make room. Then, when I got home, I had to download more photos to my computer in order to take pictures at the parade and football game. It worked out in the end though.”

6. Who’s your favorite literary character and why?

“My favorite literary character is probably Atticus Finch, to be basic, because of how he stood against a common belief and fought for someone who needed it despite what others would say.”

7. When and why did you first get into photography?

“I think I first started taking pictures on my mom’s phone—probably around when she got her first iPhone. I liked using it on vacations to take pictures of sunsets and other pretty views. I also took a photography class at a camp when I was younger and learned more about cameras and particular aspects and techniques of photography.”

8. What are your aspirations for the upcoming decade?

“In the upcoming decade, I aspire to take more chances and risks and to find a passion and pursue it. I also hope to help more people and to give more.”