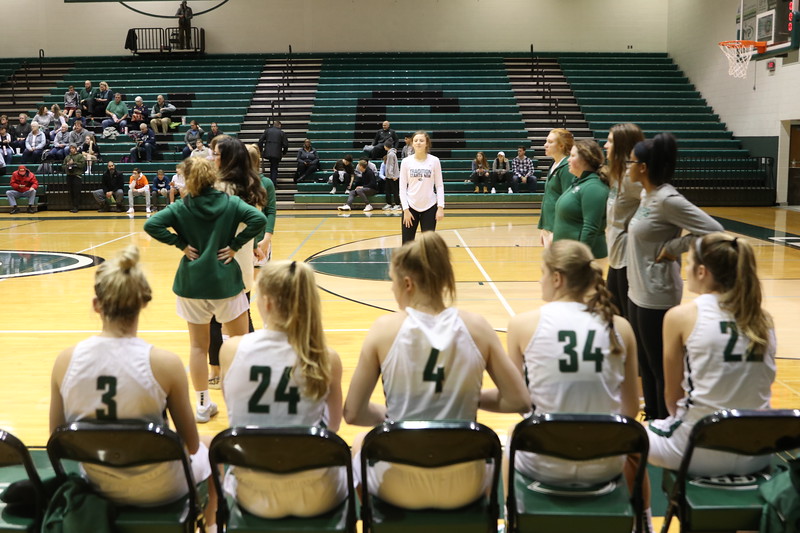 Sophomore Theryn Hallock continued her dominance this season, putting up 37 points in a dominant win for girls varsity basketball over Greenville 58-25. The Ranger defense also played phenomenal against the Yellow Jackets, as FHC outscored Greenville 21-1 in the first quarter thanks to some great press defense.

The Rangers struggled to shoot 3-pointers early on in the game, but were able to find their offense about halfway through the first quarter thanks to an installed press halfway through the first. Juniors Ava Metaj and Zoe Lipke were able to turn the Yellow Jackets over and turn many steals into points to cap off a very good defensive first quarter

FHC kept its same intensity on defense to start the second quarter, but began to get out in transition more to get some buckets. Theryn did a great job of running the floor to find scorers like Zoe and senior Ally Ringler. Theryn’s great playmaking opened up lanes to the basket for her to go and score. The Rangers dominant first half resulted in a 36-9 lead.

The team didn’t slow down in the second half despite the hot start in the first. FHC continued to press the Yellow Jackets and force them into some turnovers. FHC’s half-court defense was also phenomenal, as Greenville was only able to take highly contested shots early on in the second half. As a reward for the hard work throughout the game, the Rangers were able to get some fresh legs at the end of the game to close out the Jackets, as FHC won 58-25.

This win puts the Rangers at 5-3 on the season and 1-0 in the OK White conference. FHC will have a quick turnaround before facing the Cedar Springs Red Hawks on the road this Tuesday. The Red Hawks defeated the Rangers last year in the district semifinals, so FHC will have revenge on its mind going on the road.