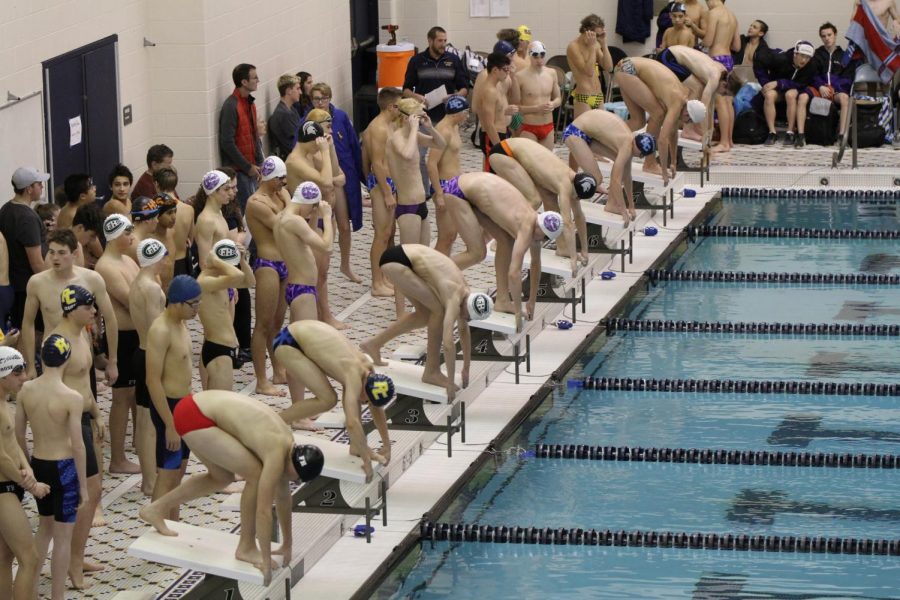 The Rangers faced off at home against their former teammates this week and beat them by a solid score of 109-72. Strong performances all around were led by upperclassmen such as junior Avery LeTourneau and senior Kyle Carter. This is the capitalization of several wins by the Rangers over Forest Hills Northern/Eastern in larger meets and is a great continuation of the Ranger’s season.

The meet began with the 200-yard medley relay. The Rangers dominated, taking both first and second place with the times of 1:45.90 and 1:47.24. Senior CJ Hier, sophomore Benji Zorn, senior Ben Rogala, and Kyle all contributed to the first-place team who started the meet with a valuable win

Sophomore Francesco Roveri took second in the 200-yard freestyle relay with his time of 2:04.61. Avery followed this up with a first-place finish in the 200-yard individual medley with his time of 2:03.61. Further trumping that performance were Kyle, freshman Isaac Stewart, senior Dani Ahmetovic, and freshman Gavin Cai who took the first four places in the 50-yard freestyle consecutively. Kyle’s time of 24.57 beat Northern/Eastern’s best time by almost 2 seconds.

Cole Hysong once again had an excellent meet, taking first with his score of 261.30. After this was two consecutive second-place finishes by CJ and Gavin. CJ had the time of 56.32 in the 100-yard fly and Gavin got 56.71 in the 100-yard freestyle.

CJ, Benji, and sophomore Sam Yeager took the first three places in the 100-yard breaststroke with their times of 1:05.58, 1:05.84, and 1:06.96. This put the Rangers in a guaranteed place to win, so they exhibitioned off the last relay to close out the meet.

This was another great win for the Rangers. This will be the second of five dual meets the Rangers will be competing in before the MISCA Invitational. Next week they look to win their dual meet at home against Catholic Central, who should be a formidable opponent.