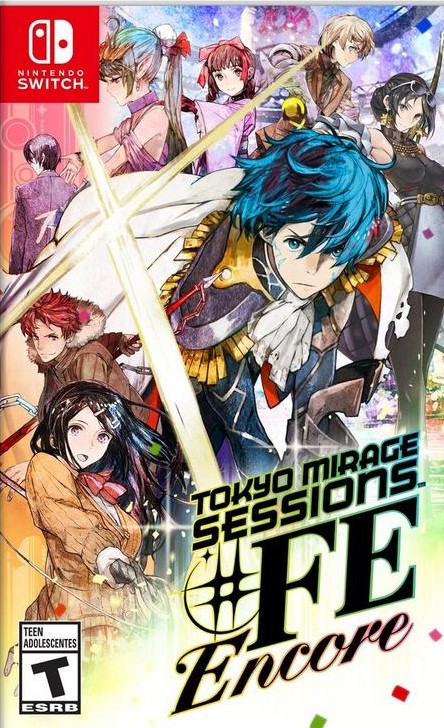 I have issues with time management, so when a game I have been really looking forward to comes out, I have a difficult time putting it down.

On January 17, Tokyo Mirage Sessions #FE Encore, a JRPG, came out. I’ve played it for over twenty hours.

TMS⁠⁠ is a game developed by Atlus and Intelligent Systems. It is a combination of the Megami Tensei series⁠, better known in the U.S. for its Persona spin-offs and Fire Emblem.

For me, as a Fire Emblem fan, I have loved TMS. It is chock full of references and subtle nods to the Fire Emblem series.

The major Mirages are almost exclusively named after Fire Emblem characters. Mirages are odd entities from the idolasphere, a weird alternate dimension, that want to steal humans’ performa, or life essence.

Some people’s performa is so strong that they can capture Mirages and become a mirage master. This would include all your party members.

Speaking of the party members, all of them are idols in a way, except for the protagonist.

TMS is a weird game. It’s Fire Emblem, Persona, and idols all in one bag. And I love it.

In TMS you work as a mirage master and, supposedly, as an idol. As a mirage master, you fight mirages that have broken into the human world to steal performa. In every situation past the prologue, it involves a character developing as a performer.

As a performer, Itsuki, the protagonist, goes around in the real-world and does teenage things. This is where you go on sidequests that develop bonds between teammates.

The gameplay is not like a traditional turn-based RPG where player goes and then enemy goes. The game bases who moves when independently with speed, a statistic in the game.

The combat is even more complicated as the game progresses. For example, in the early game, if you perform a session, which is where an active party member hits an opponent with a skill they are weak to, and a different party member has a session skill that relates to that weak, they follow up the attack.

With only three active party members, it would seem that only a two combo session⁠—it counts the initiate hit as zero⁠—is possible. In the late game, I can get a session combo of seven.

The enemies also get harder as the game progresses, not just in their level, but also in what they resist. In the early game, there is just weak, neutral, and resist, meaning an attack will do more damage, normal damage, or less damage.

Eventually, nullification and healing from certain skills get added in, which makes fighting a new enemy even harder, as it is impossible to know what they resist, repel, absorb, or are weak too.

The combat is a challenge to understand, but if understood, it becomes extremely satisfying, and I love it.

Off of the gameplay train, as a game about idols and performers, one might expect to find good music. I think that for the majority of the game, the music fits perfectly. The pop songs of the idols feel like pop songs; music in a tense situation is tense. When a performer develops as a performer, the music is uplifting and triumphant.

Unlike many RPGs where the character had dialogue options, TMS is mostly voice acted. Some characters just say a word or two when they speak, others⁠—predominantly in story progression⁠— say their full lines. This includes the main character.

I hate silent protagonists. They are only silent for the sake of letting people relate to them. TMS breaks the trope and I love it.

I love the game; while I think that this game has some flaws, it makes up for them with the fun gameplay and stellarly placed music that spans multiple genres. This game makes a lot of references to Fire Emblem, but I think that even if you haven’t played Fire Emblem, you should pick up Tokyo Mirage Sessions #FE Encore.