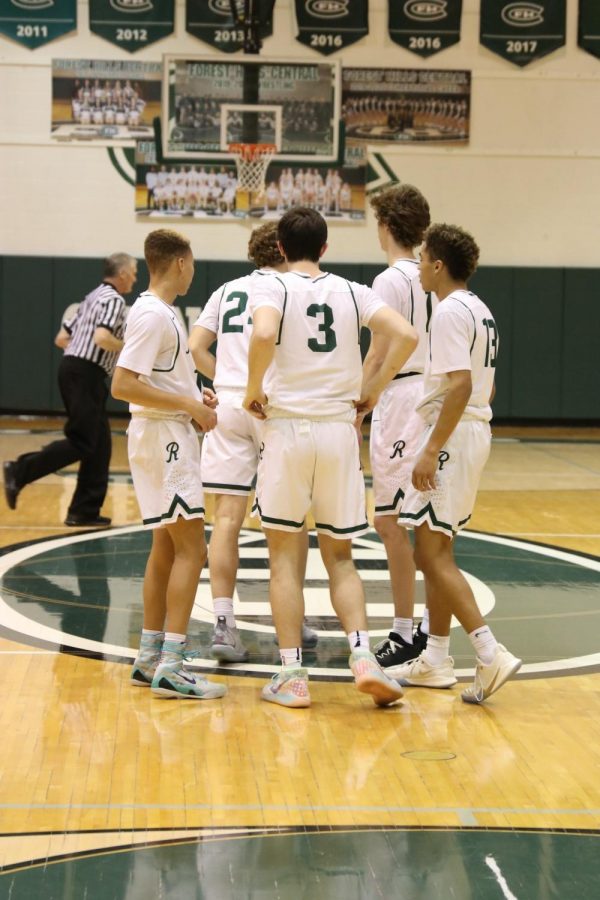 The boys varsity basketball team stayed undefeated and on top of the OK White conference with a 71-52 win over Ottawa Hills on Tuesday night.

The highlight of this game was four Rangers scoring in double-digits: senior Jimmy Scholler had 22 points, senior Mitchell Wilkinson had 11 points, and juniors Jonah Spates and Dallas Hopson both scored ten.

Also on the offensive end, Jimmy, Dallas, Mitchell, and senior Jay Weiner all recorded four assists. On defense, Jonah led the team with two steals. Juniors Peyton Bush and Chris Battiste, along with Jimmy, each had a steal of their own. Junior Jacob Ervin and Jimmy also had a block each.

The game started off slowly as when the end of the first quarter came around, no team had really pulled away—the Rangers led 17-12. However, towards the end of the second quarter, the boys went on a 17-6 run to put them up by 39-24 at halftime.

Ottawa Hills put up a fight in the third quarter when they outscored the Rangers 20-17, though momentum would transfer back to FHC when the boys went on a 10-2 run to open up the fourth quarter. A two-point shot made by Jimmy with 1:01 left would be the last score of the game as it ended with a result of 71-52.

The boys are now 7-1 overall and share the top spot in the OK White with Northview with a 4-0 conference record. They will host their next game, a Forest Hills rivalry, on Friday, January 24th at 7 pm against the Forest Hills Northern Huskies.