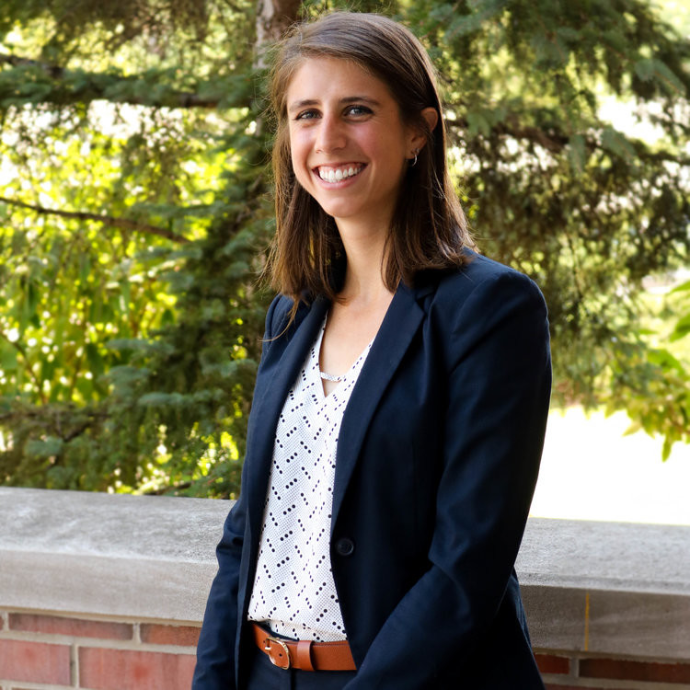 When Celia Kaechele signed up for Mr. McClees Model UN class as a high schooler, she had no idea it would lead her to Croatia.

Celia traveled to Croatia during the summer of 2017 to spend a month taking law classes, an important stop on a path she started back in that Model UN class.

“Taking Model UN with Mr. McClees was what started me down the path that led to my career as an attorney,” Celia said. “If it weren’t for his class, I never would have studied political science and international studies in undergrad, never ended up in law school, and so certainly wouldn’t be a practicing attorney today. I really enjoyed learning about other countries’ culture and politics.”

While studying in Croatia, Celia was able to learn about other countries’ culture and politics while in other countries—a level of hands-on experience that is truly priceless. Her class consisted of not only American students but also students from Croatia and Slovenia.

During her studies, one of the biggest differences she observed was how litigious America is compared to Europe. Because of this, European law workers must have a far broader understanding of law to make a living.

This observation allowed Celia to see a new side to law and to have something to compare American law to. Having a new perspective enabled her to view American law from a removed point of view and see the ways that American law excels as well as the ways it falters.

“I think lawyers can do a lot of good,” Celia said, “but seeing this societal difference really helped put into perspective the way the system we have here in the US can be abused through unnecessary litigation or threats of litigation.”

“It made me more aware of how insulating life can be in the United States,” Celia said. “All of the courses I took in Croatia were taught in English because the professors had to accommodate the students from the US. English was not the first language of any of the Croatian or Slovenian students, but they could all speak it fluently. But, it’s really hard to imagine the reverse—students coming to the US from any other country for a study abroad program that is taught in the native language of the foreign participants, rather than in the language of the students from the country where the program is being taught.”

Another important stop on Celia’s path was during her third and final year of Law School at Michigan State University.

During that year Celia was the Editor-in-Chief of the Michigan State Law Review, an academic journal that publishes scholarly articles written by law professors from around the world. Similar to her experience in Croatia, being the Editor opened her world to new perspectives and allowed her to work with different people from different parts of the world of law; she was able to work directly with authors from every subject area.

“My experience on the Law Review helped me develop my legal writing skills,” Celia said. “In my current position, I use those skills every day to draft legal documents and to edit those written by others.”

Outside of law, Celia’s path has led her to her fiance and her current life in Detroit, Michigan. Although she grew up in Grand Rapids, Celia didn’t go to Detroit until she was in her mid-twenties. However, once her fiance introduced her to his hometown, she knew it would soon be hers.

“We chose to live in the city rather than in one of the suburbs because we both loved the variety of opportunities Detroit always has to offer,” Celia said. “There’s rarely a night where some organization or restaurant isn’t hosting some kind of special event that introduces us to something totally new.”

The hustle and bustle of Detroit, the constantly changing venues, and the rise of music and food in the area are all big draws for Celia and her fiance. Detroit may be far removed from her experiences in Croatia; however, being a part of the growth and development of Detroit has fulfilled Celia in other ways.

“Detroit has one of the largest farmers’ markets in the country, tons of restaurants, breweries, and community organizations and activities,” Celia said. “I’m sure you’ve heard someone say ‘Detroit is making a comeback.’ You can see the evidence of that everywhere, and I’ve loved being in the middle of it.”