Coders for Tomorrow allows underprivileged kids to learn how to code 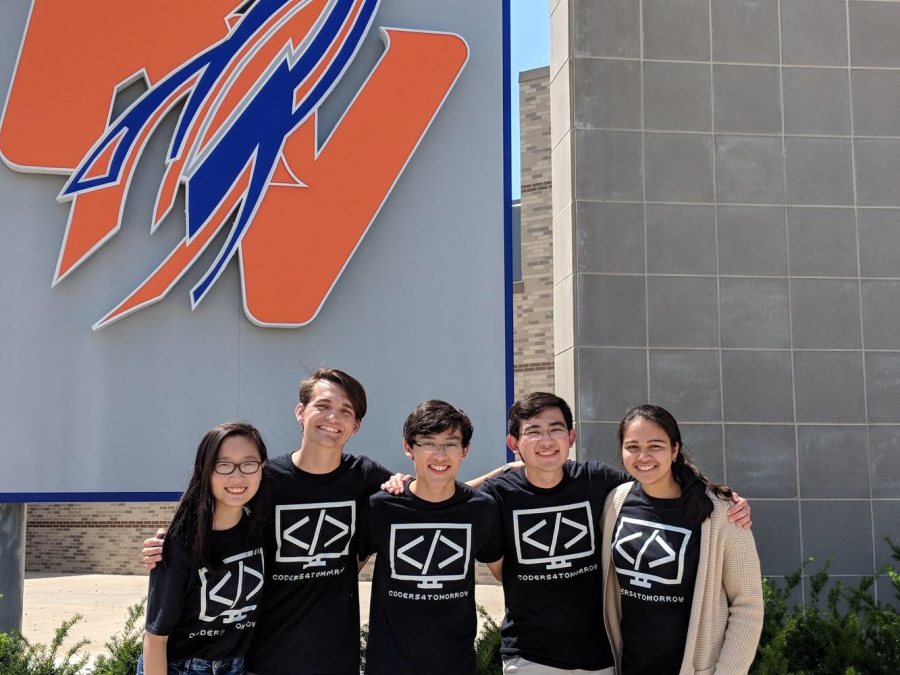 Senior Yuyuan Luo learned how to code through an online class.

This was the main reason she wanted to start Coders for Tomorrow. So other people could have guidance when learning how to code.

“I tried to learn programming on my own, but I didn’t get very far,” Yuyuan said. “Only when my parents enrolled me in an online course did I begin to understand the fundamental concepts, and I realized that mentorship is really helpful if you’re trying to learn programming.”

Coders for Tomorrow is a free, one-week program for underprivileged kids to learn how to code with the language of python—which is an easy coding language to understand and remember. The kids ranged from fifth to seventh graders because this is the age they have enough basic math and when the founder started learning coding.

Last year was the first year it was run and they only had one session in August.

Due to it being the first year, they were not able to advertise very much. Because of this, they only had four kids stay the whole week. However, that was able to give the students more individualized attention.

Yuyuan was not the only person involved in running the class. She sought out some help from people she thought would be able to and would want to help out.

Senior Suchir Gupta, senior Tony DiMeglio, senior Akansha Das, senior Andy Travis, and sophomore Brian Travis were some of the people she found. Next year, they are looking for more volunteers who are willing to be taught about the coding language and join them in teaching the kids.

The primary teachers this year were Yuyuan, Suchir, and Brian. They each had a day where they got to lecture, and there were two days of projects.

“I wanted to be a teacher because it would be more balanced for everybody to do one day for us [teachers],” Brian said, “and I was more experienced in coding than some other people… I wanted to be an instructor too. I was like, ‘yeah, let’s put my skills of really basic [coding] stuff to the test.’”

There were some challenges to teaching, especially with it being the first year of Coders for Tomorrow. Patience and learning how to teach well are included in these challenges.

“The hardest part of teaching was to describe the concepts in an easy-to-understand manner,” Yuyuan said. “Lots of resources out there actually are terrible at making things easy to understand, so [making things simple] became one of our goals.”

The primary teachers didn’t do their job alone; they had help with the logistics part and also with working with the kids.

Akansha and Andy were the main people in charge of the logistics, but they also got to spend some time with the kids. And they were a vital part to the class being able to run.

“I didn’t really have that much experience coding but I really liked interacting with kids,” Akansha said. “Plus I heard that they were targeting disadvantaged kids, like in Kelloggsville and Wyoming, and I just really like reaching out to people not as privileged as I was.”

Despite the fact that Akansha didn’t code, she still was able to help out and be with the kids, and see the impact that the group was making on the kids.

Not only were the students happy and excited to learn, but the instructors felt fulfilled and content to be making a difference in the kids’ future also.

“Knowing that I’m helping younger people who have so much of a future,” Brian said, “and helping them explore opportunities that they might want to look into as a future career interest or hobby, that’s a part of [Coders for Tomorrow] that’s really rewarding to think about.”