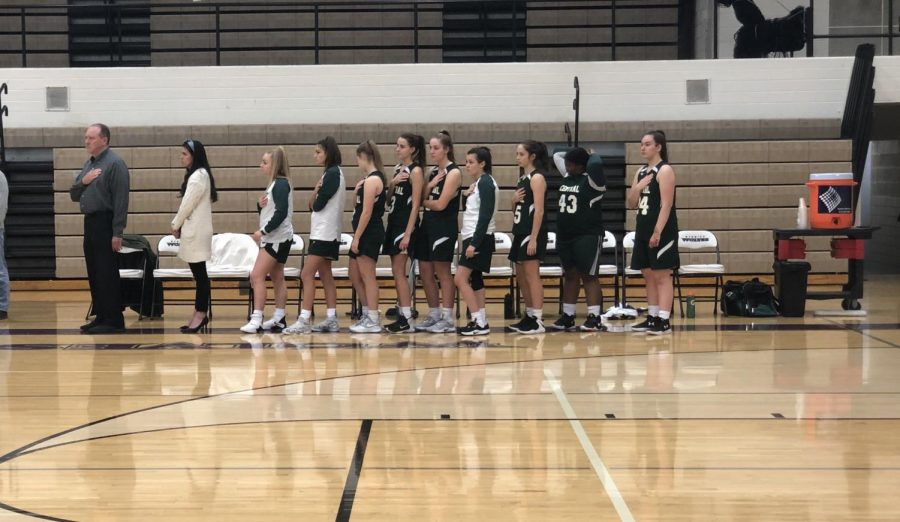 Freshman Maya Holser was the leading force in the Ranger’s victory over the Forest Hills Northern Huskies last Thursday, as they went on to defeat the Huskies with a score of 43-28.

“I thought Maya played very strong in her post play, on both ends of the court,” head coach Tracy Jenkins said. “[Freshman] Frankie Sutton also did a very good job running our sets and knocking down a few key three’s.”

Maya and Frankie combined for 24 points that night: 16 coming from Maya and the other 8 from Frankie. The two worked together as an unstoppable duo with Frankie in the point and Maya in the post.

“It felt really good to beat our rival team,” Frankie said. “Going into a rival game everyone was nervous, but we played really well as a team, and our second-half defense was really good as well.”

“Gracie played really well throughout the game,” Maya said. “Her defense and speed really helped, and she was able to get several fast-breaks that helped lead to our win.”

After this victory, the Rangers are looking ahead to what the rest of the season has in store and preparing accordingly.

“We have a big non-conference game coming up against EGR,” Jenkins said. “They may be the best team we will have played since the holidays, but I believe our team can compete.”

The Rangers are expecting a big battle against the East Grand Rapids Pioneers, and they will have to protect the ball against the EGR’s high-pressure defense throughout the entire game.

Their next game will be Tuesday, January, 28. The game will be played on their home court against the Pioneers, and tip-off is at 5:30.