Mac Miller’s legacy lives on in his new album Circles 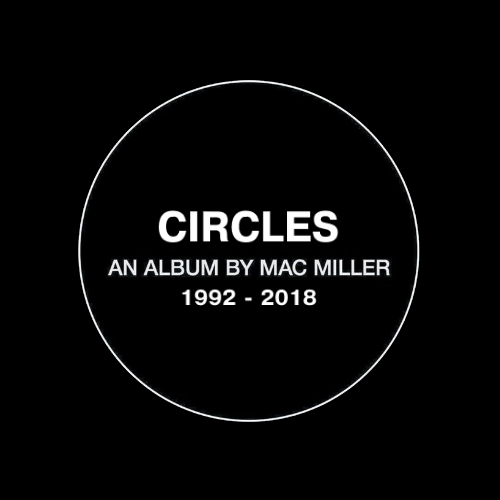 On September 8th, 2018 devastating news flooded all social media sectors: singer and songwriter Mac Miller passed away. He was free-spirited and benevolent. He dedicated all of his time to his passion. He was wildly successful in one of the most testing careers. His death brought an ocean of pain to many people all over the world; however, his new album Circles has revived his legacy and brought closure to his family, friends, and fans.

Mac Miller was working on a new album right before his sudden death. Though millions were devastated by the heartbreaking story, Mac Miller’s producer, Jon Brion, did not only lose a close friend but also a project that he cared about deeply. The only way Jon thought he could cope with the traumatic news was to finish the album himself.

The album immediately starts out with my personal favorite, “Circles.” From the very first strum of the guitar, this steady and slow song sets the album up for success. This song shows Mac Miller’s listeners his deep and raw voice that they don’t hear during his typical rap songs. His voice overpowers the guitar making his words the center of attention.

The lyrics carry a deep meaning that many could interpret in various ways. Some could relate it to loss, to change, or to fear; others could relate it to relationships, to love, or to overcoming. “Circles” is one big metaphor that I am still having trouble decoding.

The songs “Everybody,” “Woods,” and “Once a Day” mix slow piano melodies with upbeat, electric sound effects and his deep, legato voice. Though the lyrics are straightforward, the structures of the songs are puzzling. When I listen to each of these songs, every bright neon color overflows my mind creating chaos and confusion. They all resemble 80’s dance music almost too closely with their techno sound effects; however, the creativity of the music is appreciated.

“Blue World” and “Hands” are songs that define how I have remembered Mac Miller’s music. They are both rap songs that include eccentric elements and sound effects in the beginning. The lyrics appear to be very surface level, but the meanings become deeper the more you listen. He sings both songs in allegories, and that has quickly become not only a trend in the album but a characteristic of his music style. These songs closely resemble his other music, and I can’t help but reminisce.

Mac Miller keeps consistent and quirky sound effects throughout the whole album representing who he was as a person flawlessly. Each song includes key components that set him and this album apart from most, and the popularity and admiration it is receiving is well-deserved.

He was deliberate and lived every day with purpose. He left an imprint on millions of people’s lives, and both him and his gift will be remembered forever due to this new and inspiring album.