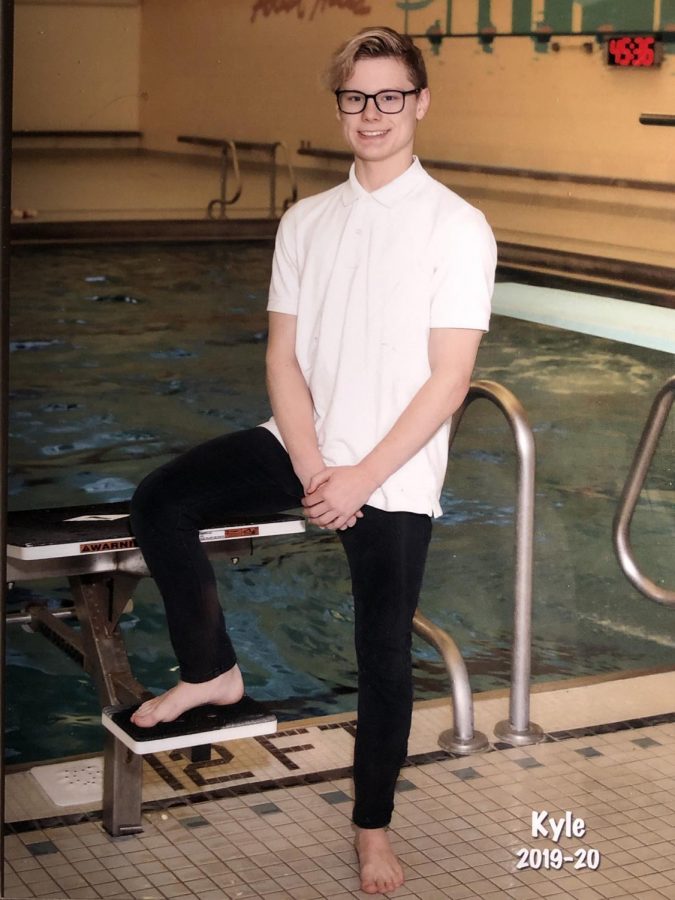 What are your goals this season?

“I started swimming at a young age of 5 at Watermark Country Club for age group. Thanks to my older brother for the inspiration of joining the sport, beating him was a number one priority. Eventually, my love for the sport took over through the years and coming to practices were the most exciting part of my day.”

Are you excited about the new FHC only team?

“My favorite part of being on the team is the comradery we all have for each other.  If we aren’t on the blocks and racing, we are up and cheering. We all hurt through the same practice, we all support everyone else, and talking about the sport with other teammates can go on for hours and never gets old.”

What opponents will be a tough matchup?

“My most memorable race would be the first time I qualified for MISCA in the 100 Fly at Jenison my junior year. I wasn’t able to break a minute for the longest time in that event because I just wasn’t prepared enough. I eventually put on a tech suit to avoid not making the time and qualified by a couple of tenths of a second. I was incredibly excited and threw the next race I had immediately after just because my goal was done for the day and was extremely tired. After that point, I took off like a rocket for the rest of the season in the 100 Fly lowering my time significantly.”

Who are some of the leaders on the team going into the next season?

“I feel our season has gone well, better than I expected actually. We might have had some ups and downs from ties or losses in invites but two relays have already qualified for states with a couple of individual events and we have the potential to blow the rest of the schools out of the water we’ve been training so hard. As a senior halfway into my last season, I think the team will finish our conference season successfully and go out with a bang.”

What are some challenges of separating into an FHC-only team this year?

“For new swimmers, if you have a goal and want to capture it, you have to put in much more effort than you already have. Every drill, kick, stroke, underwater, and breath counts if you’re serious. For all four years, I’ve swum in high school, I can say it hurts, it’s difficult, you will be sore, and sleep won’t exist. Time is not your friend so every second matters against the clock. But most importantly, step up and be the bigger person, you won’t win the race if you don’t try.”