For Lani Quach, life in Forest Hills is “whack” 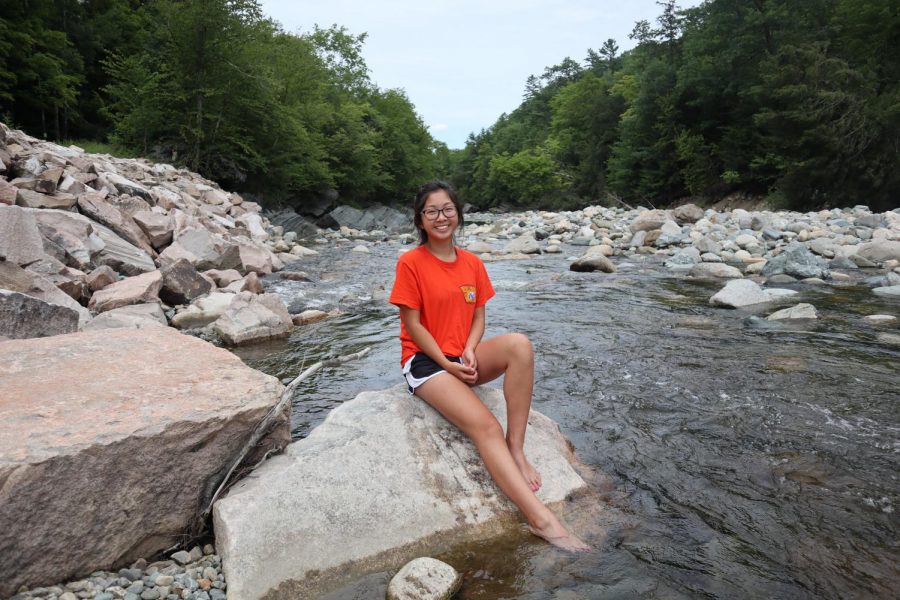 Sophomore Lani Quach’s involvement in copious activities has given her many life lessons.

Despite being able to speak four languages, play the piano, and create and program robots, sophomore Lani Quach sees herself as no different from the average teenager.

“I’d like to think I’m pretty simple,” Lani said. “I’m like every teenager out there—pretty good at procrastinating [until] the last minute and [putting] minimal effort into everything.”

Although she takes a humble stance on her work ethic, Lani’s high school transcript tells a different story. From excelling in AP classes as just a freshman to taking a senior math class as a sophomore, it would seem as if Lani’s whole life is centered around school.

Yet, Lani sees school as something other than all-encompassing.

“In most of my classes, I just try to stay awake,” Lani said. “[I have] the mentality that I’m almost to the end of the day, so [I] just keep on going.”

To Lani, the people she sees at school are what keep it interesting. This intrigue stems from the slight culture shock she experiences every day despite having lived in Forest Hills since middle school. Before that—from second to sixth grade, specifically—Lani lived across the globe in Shanghai, China.

There, she was exposed to an entirely different way of life than what she sees in Grand Rapids, Michigan.

“There was definitely more freedom [for me] there,” Lani said. “Over here, my mom won’t even let me go out by myself, but [in Shanghai], I could ride my bike at least three miles away from home, and she did not care.”

However, the biggest difference Lani sees is in her peers.

“I went to a private school [in Shanghai], and some of those kids are like rich, rich,” Lani said. “I had a friend [who] would always bring in brand new phones [to school]—phones that hadn’t come out yet. It was kind of whack to come over here and see kids that are like, ‘Look at my Lululemon bag.’ I’m like, ‘You haven’t seen anything.’”

The Forest Hills Robotics Team, The Comets, is most known for winning second place in the World Finals of 2018. What appealed to Lani about the team, however, wasn’t its history but something different.

“I checked out robotics mainly because [my friend sophomore] Tananya [Prankprakma] was going,” Lani said, “but then, it was really cool, and the people were really nice and fun. So, I decided to keep on it.”

Aside from the people, Lani also enjoys the basis of robotics itself. Robotics provides her with an outlet to truly push herself in order to succeed.

Unlike school, Lani finds robotics entertaining and informative at all times.

“I like to think I put all of my effort into robotics,” Lani said. “Robotics takes up most of my brain space—not going to lie. It makes me sound like a nerd. I’ve learned a lot that I probably wouldn’t have been able to learn elsewhere, and it has opened my eyes to the world of robots.”

Whether it’s as close by as a Robotics meeting or as far away as Shanghai, wherever Lani Quach goes, she leaves her mark. Her kindness, intellect, and humor have made it no problem to show how friendly she is no matter how “whack” the situation she is in may be.

“‘Whack’ is like something crazy that’s happened—crazy, but in a good way,” Lani said.