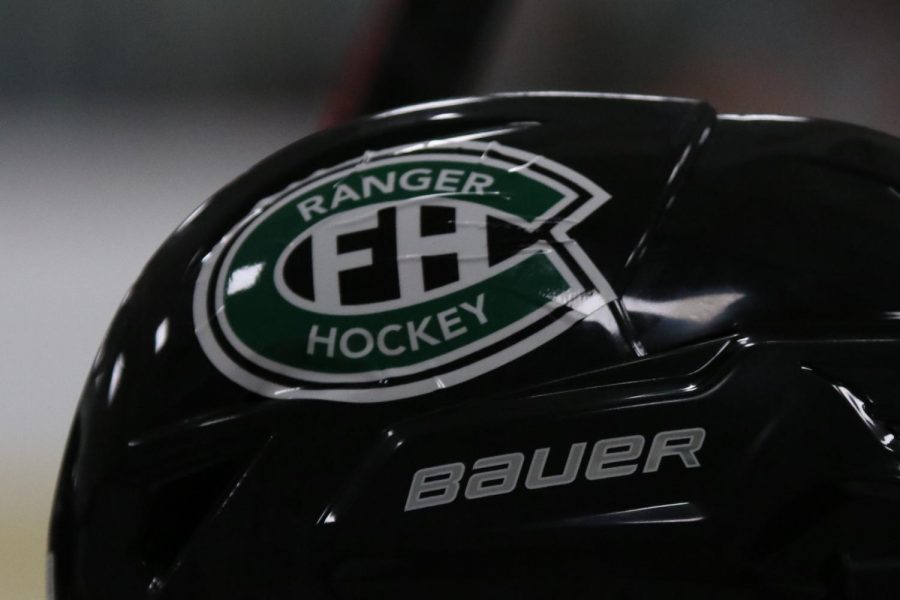 After trailing 1-0 after the first period of play, junior Mason Kelly scored three goals to complete yet another hat trick and lead the Rangers to their seventh consecutive win with a 6-3 result against the Grand Rapids Christian Eagles.

For the second straight game, the boys started off slow against a team they would end up beating pretty handily. The Eagles scored the lone goal of the first period, and throughout the night, they placed a fair amount of pressure on the FHC defense. Junior goaltender Gavin Brady faced 25 shots on the night, saving 22 and allowing one goal each period.

After the scoreless first 17 minutes for the Rangers, the boys managed to get three shots past the GRC goaltender in both the second and third periods. Besides Mason’s hat trick, seniors Cole Munger, Peter Bardelli, and Cole Beaufait each scored a goal apiece to bring the tally to six. Cole Beaufait’s goal was his 14th goal and 30th point of the season, already surpassing his goal total last year of twelve.

Peter and Cole Beaufait also recorded two assists on top of their goals, bringing both of their point totals on the night to three. Junior Xavier Ott, who has seen quite a bit of offensive success this year, notched one assist on the night, and seniors Hayden Sarjeant and Ryan Jeffreys added one themselves.

With Tuesday’s win, the Rangers improve their overall record to 13-3 with a 7-1 record in the OK Baum Conference. FHC remains the best offensive and defensive team in the conference entering the final stretch of the regular season, only giving up 31 goals so far this season. However, what is more remarkable is the gap between the goals scored by FHC and the team with the second-most goals scored, Grand Rapids Christian. The Rangers have tallied a whopping 80 goals so far, and GRC and FHNE trail by a mile with 57 and 49.

The boys will need to continue their success on both sides of the ice heading into the next game against the fifth-ranked in division one Grandville Bulldogs this coming Saturday. The Bulldogs have suffered some tough results, however, with two losses to Grand Rapids Catholic Central and a 4-1 loss to Lowell/Caledonia, a team the Rangers beat 7-1. Lowell/Cal managed to put in four goals in the third period after trailing 1-0, but the Rangers will still need to be ready for a tough test before an even more difficult game against Flint Powers on February 7.