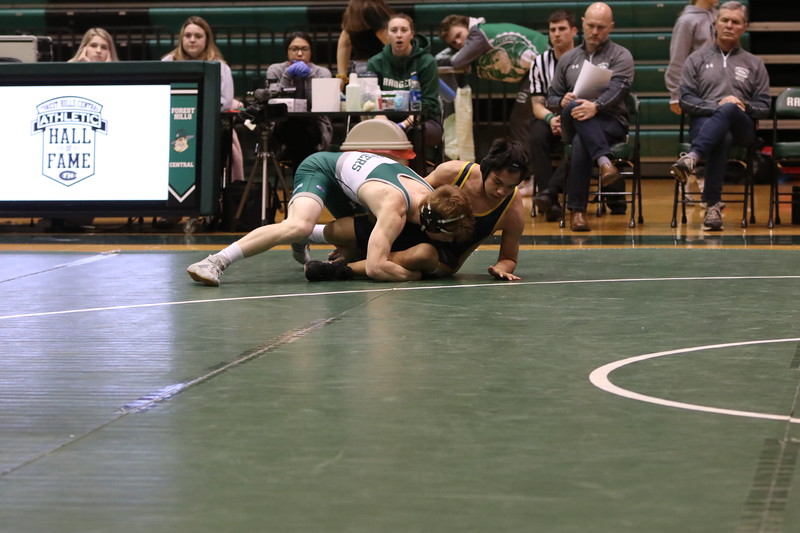 Boys varsity wrestling avenged two tough losses to Reeths Puffer and Sparta with a huge rivalry victory against OK White competitor Cedar Springs. The Rangers went 3-2 on the weekend with two other wins against Grant and Shelby 42-31 and 53-23, respectively.

Some big wins for the Rangers came from juniors Mason Corcoran and Bryce Hysong. Mason wrestles in the 103 weight class and ended up pinning his opponent in 28 seconds, giving his team six points. Bryce wrestled and destroyed his competitor 12-4, also assisting the team with four points.

Junior Jhett Gavle took down his opponent from Cedar Springs in just over one minute at his 189 weight class. Jhett came off a knee injury, and he has been going strong this season and continues to show out despite his tough competition.

The Rangers remain undefeated in the conference with this 42-32 victory over the Red Hawks and are an impressive 16-7 on the season. Their next match is the OK White Double Dual at FHC on Friday, January 31.