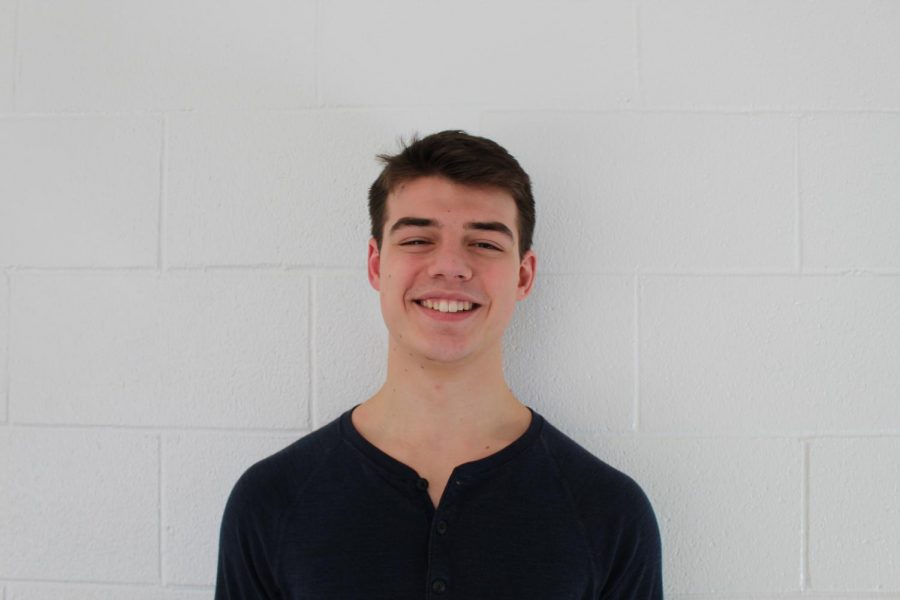 1. What was your reaction to finding out?

“I was very excited. I felt very honored, but I didn’t know it was happening that day, and I was not at school. I was at Forest Hills Foods, and I got a lot of texts that I didn’t look at cause I was driving and I’m a responsible driver, but a lot of people were excited for me, which made me even more excited.”

“It means a lot. It’s nice to think that a lot of people were faced with the entire senior body, except Ali Azeem, and thought Cole for one of the five that they could pick. So, that was nice.”

3. What is your favorite Winterfest tradition and why?

“Definitely the lip syncs because you just get to go out and have fun with your friends, but then your other friends get to watch you. It’s a fun time.”

4. If your dance was on Dancing with the Stars, how do you think you would fare?

“It really wouldn’t matter to me as long as I got Derek Hough’s either attention and/or approval because that’s all I crave if I was in that situation. But I think, at least from what we have now, solid triple tens. I’m fairly confident.”

5. What color do you identify with and why?

“I’m bad at making decisions, so why not choose purple? I  just really like purple. I tried to think of a reason besides liking purple to like purple, but I just like purple.”

6. Can you make any campaign promises or tell why you would be the kingliest king?

“I feel like Kaminski is just like his Royal Highness Kaminski. King Kaminski. It has alliteration. It just makes sense. [As for] royal decrees, I’ll make sure that Ali Azeem goes down as a scoundrel and not a martyr. Nothing about him is inspiring except his face. He’s pretty beautiful. You can’t talk all bad about him. A beautiful, beautiful man. And I want that on the record.”

7. Is there anyone who wasn’t nominated that you want to recognize for their greatness?

“Definitely Sam Werkema because he’s one of the greatest people I know. Not Ali Azeem. Literally anybody besides Ali Azeem.”

“Let it be stated for the record that I love Ali Azeem with at least three-fourths of my heart and that he is at least an okay person.”