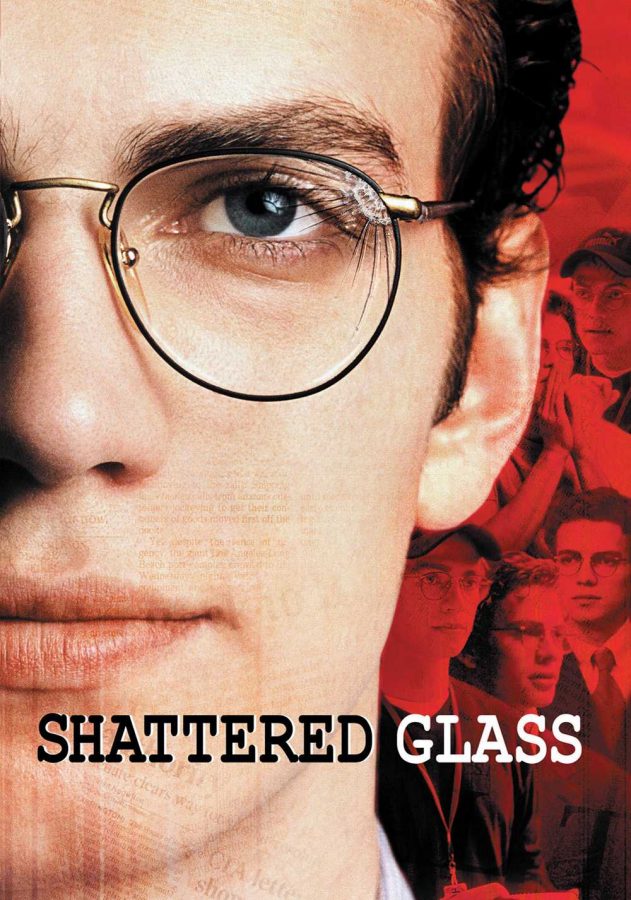 As the credits to the movie Shattered Glass rolled on the screen and the background music filled the air, I couldn’t help but pause and ponder what I had just watched. The movie had a huge impact on me and left me thinking about long after it had ended. I don’t think there are many movies out there that I could say that about.

This critically acclaimed drama follows one of the main characters, Stephen Glass, who is portrayed by the actor Hayden Christensen. Stephen works as a reporter at the The New Republic and never fails to capture the attention of everyone around him through his unbelievable, quirky stories. His stories, which have passed through numerous fact checks and been critiqued by all of his peers, have never once been doubted. Until now. In a battle between what is morally right and what is expected of him, Stephan must endure many internal conflicts throughout the movie in an effort to find himself.

During the movie, I noticed how immaculate the character development was.  I found myself laughing with Stephen as he joked with his peers in the break room, and wiping tears from my eyes when an emotional aspect of the film was addressed. The actors’ personalities were consistent, and the portrayal of  each persona was perfect. The main protagonist was growing on me within the first  fifteen minutes of Shattered Glass, and it was very easy to feel as if I had known each individual on a personal level.

It was almost frustrating how involved I became with the movie. I never thought it to be imaginable that a scripted piece could have that much affect on me. I often times found myself putting myself in Stephen’s position, and a feeling of empathy would wash over me immediately. The movie was so relatable due to the fact that it was portrayed unlike anything I have ever seen before. Everything just flowed, and I didn’t find myself straining to pay attention because it was just generally intriguing. Everything, from the plot transitions to the character dialogue, was executed flawlessly and fell nothing short of perfection. Although it got to be quite predictable at times- it was so well thought out that I didn’t seem to mind at all.

Overall, I would sit and watch the movie again because I’m certain there were little things in the plot that I had missed before, but would now appreciate.  With its emotional moments, hilarious discussions, and relatable characters that I was able to experience in Shattered Glass, this movie was truly a great one. I found myself cultivated by it while it played, my eyes glazed over and an intrigued expression plastered on my face. After it was over, the impact it had on me didn’t end there. I stumbled out of the classroom, running through everything that had earlier occurred and promising myself I would never forget it.