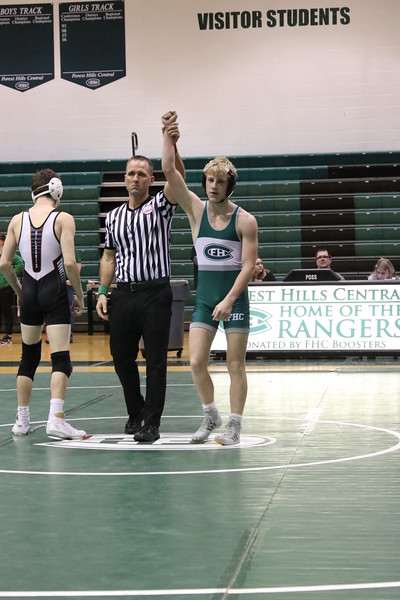 Lowell is traditionally one of the toughest schools in the state of Michigan and is currently ranked #1 in Division 2. The Rangers fought valiantly but were soundly defeated.

Against Northview, the Rangers succeeded. Juniors Mason Corcoran and Mason Childers pinned their opponents at 103 and 119, respectively, and they were joined by freshman Blake Jacobs who also got a pin. Seniors Thomas Hendricks and Wyatt Engler pulled out the win and each gave the Rangers six points.

Overall, FHC is 17-8 and 4-2 in the OK White. The Rangers’ next matches are at Mona Shores on Tuesday, February 4.