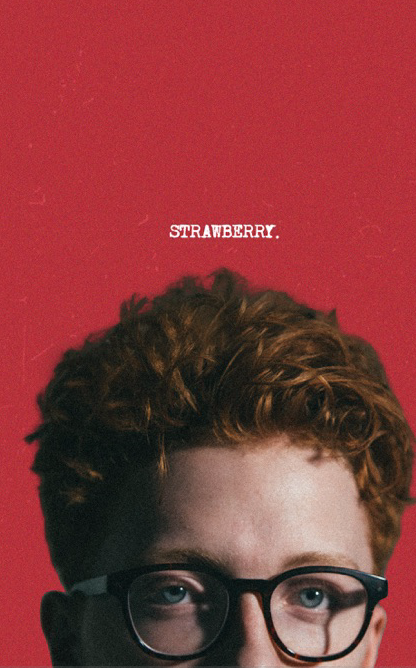 Despite the bounciness of the beats and heaviness of the lyrics, the songs on Alec Wigdahl’s enigmatically titled EP Strawberry are the embodiment of these two words.

With one outlier, all of the tracks on Strawberry are about a girl. However, what is being said, what is being felt, about this girl, swings on a pendulum.

Opening with a playful piano tune, “Jealous of Me” hits on the leftward side of the swing, the side characterized by indecision. Like coffee, his lyrics are bitter and tinged with a subtle amount of desperation as he sings about the emotional turmoil and internal war he feels in relation to his ex.

Though melancholy, the fun vibe of the song is what immediately captivated me. The steady bass offsets Wigdahl’s voice as it flows over the track accentuated by lovely accompanying vocals.

It is the enchanting bass that carries over into the next song that makes it my favorite.

With “Silence,” Wigdahl makes it to the right side of the pendulum, the side typified by decisiveness. Where his voice is strained in “Jealous of Me,” in “Silence” Wigdahl’s voice rolls gently with slightly more resolution and conviction as the song proceeds. Any melancholy and emotional confusion disappears as he sings, “My love, I can’t feel myself no more/ I think I want to see where this might go.”

And then the pendulum swings left; Wigdahl’s confusion comes right back with the third track “Misbehaving.”

Throughout the song, the music mimics his indecision; it begins with mellow and acoustic. He begins to explore Wigdahl’s frazzled emotional predicament with a demanding, confident beat. Jaunty and upbeat, “Misbehaving” is a dynamic and intricate masterpiece.

In spite of the music that grows more and more overpowering, Wigdahl’s voice fights to the foreground, powered purely by his tenderness. Wigdahl may not have much vocal range, but he expertly uses delicate runs to convey his fragility.

That fragility is most obvious in the next song, “A Little Bit Longer,” a vulnerable ballad that stays on the same side of the pendulum— a nice change in pace. The gentle piano lulls as Wigdahl sings a teary exposition about how he can’t say goodbye to his love quite yet and how it is shredding him apart inside.

By far, this song is the rawest.

“I’ve done my best I always have, think we just took different paths/ I’ve just gotta hold on for a little bit longer.”

I have just one word: ouch. My boy really laid it all out, unapologetically and pathetically.

Fortunately for my heart, “Keep Me Up All Night” eases the listener back towards to the lovestruck, confident side of the pendulum as he decides that he needs his ex after all.

The final song, the outlier, has the most interesting name, titled “Dog Videos.”  Although it suggests a joyful and cheery song, it is quite the opposite.

“Dog Videos” is about Wigdahl wishing things would do back to the way things were, when his father wouldn’t have to call to say that he misses him and his mom simultaneously smiled and cried over dog videos. Wigdahl’s overwhelming nostalgia is perfectly conveyed as his voice quivers and runs supported by pleasant acoustic guitar.

While many of his songs resemble Ruel’s classic sound, “Dog Videos” has the same feeling as “Supermarket Flowers” by Ed Sheeran: heartfelt and heart-shattering.

Although it was a bit of a rollercoaster, at least emotionally, Strawberry as a whole is a relaxing listen. Wigdahl’s soothing voice and exquisite beats kept me grooving through the EP’s nineteen-minute entirety.

But I’m still left wondering, what does Strawberry mean?