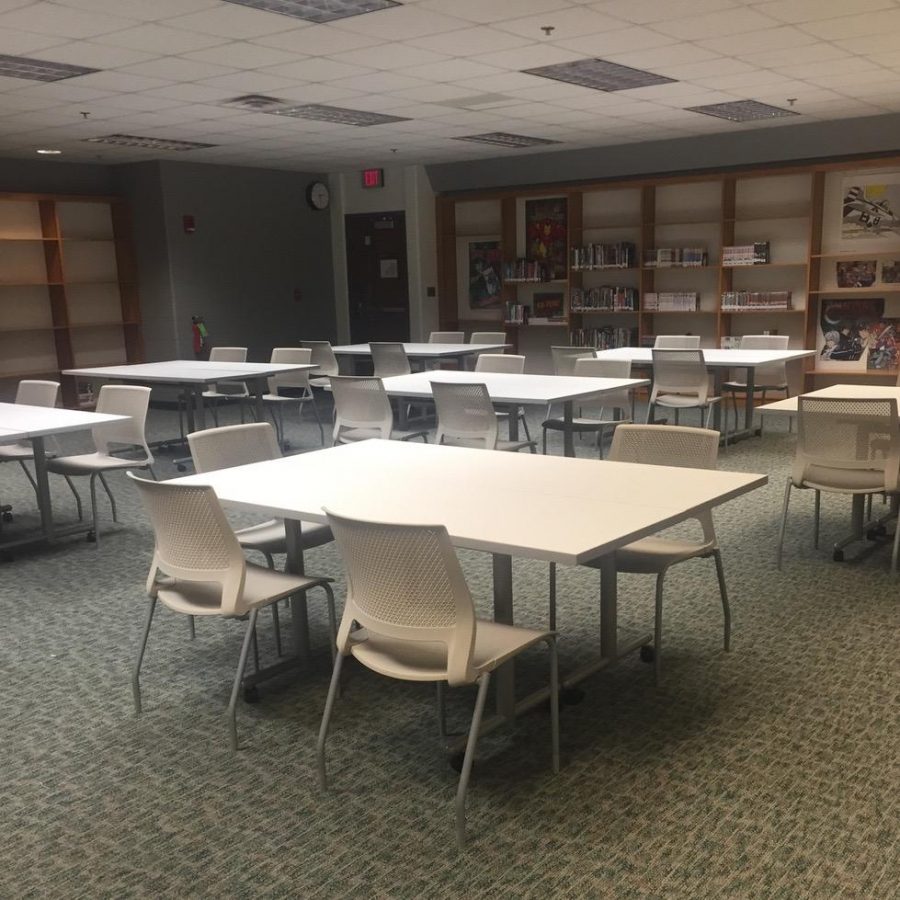 Gone are the old bookshelves. Missing are both Mac labs. Disbursed throughout classrooms are the outdated tables. In its place, a sleek, modern new study area.

The new library contains a plethora of new furniture, high top study tables, sizable tables for group studying or discussions, a large area that looked almost like cubicles if you really wanted to be able to study alone, and where the main desk once was there is what looked almost like a living room.

“Because the old space was outdated and somewhat unwelcoming, I have always been in support of the renovations,” head librarian Monica Noonan said.

Also, they also have new study pods that students can use, however some students feel as that they will fall asleep in them due to how undeniably comfortable the pods look and feel. 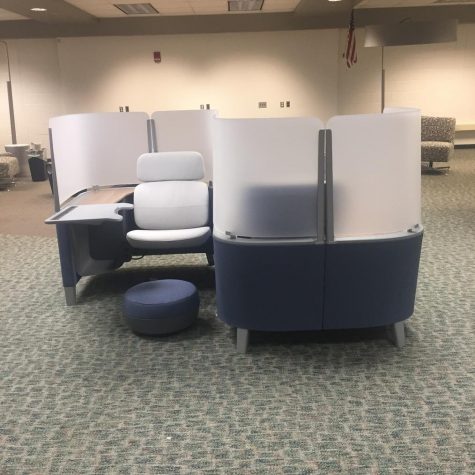 “The new space will cater to classes easily. In fact, I do expect that more teachers will bring their classes in. With eAchieve, there is less need for computer labs in the Media Center. You will still find some Mac desktops on what is the ‘dog bone’ table for working and printing purposes. It will be ideal for group projects, but also suitable for the students who want to work alone and quietly,” Noonan responded.

However, some teachers are running into problems due to the fact the Mac labs are gone. American Sign Language teacher Kimberly Williamson has been facing some difficulties.

“My students would get an assignment and they’d be able to sign into the webcam. Sometimes I would do it classified where everyone does a video and then hops over and watch other people’s videos so they would get critiqued. It’s just another form evaluation and they can see more than one person. It goes a lot easier and more organized rather than doing it in the classroom,” Williamson said, in regards to the subject

This unfortunate event for most seems like a negative impact on her curriculum rather than a positive one. 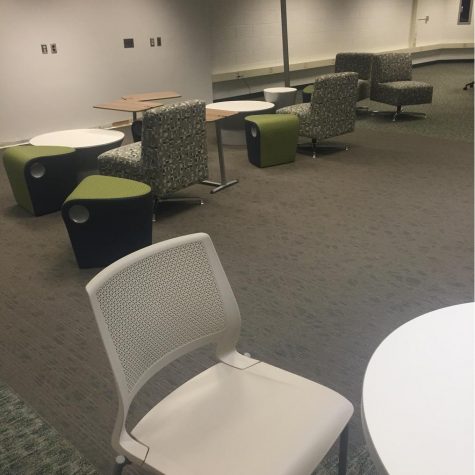 “I used the lab once a week for every class, so I was actually in there about five times a week using them, so without that, it takes away the ability to watch each other sign,  to get more critiques from other people, to have activities that have big lessons planned for them,[but] now I don’t anymore. It was really efficient and now, it’s going backwards. Technology is supposed to help you and now I don’t have [the Macs],” Williamson commented.

Why not just have the students use their own devices or Chromebooks? Well that’s a good question.

“It’s harder for the younger levels because the older levels they have their own device, but for the younger [students] that like to do class activities with, it’ll be difficult,” said Williamson. “Also, a lot of people used the Chromebooks for typing and the Chromebooks webcam program does not take videos, so they are mostly used for research and printing purposes, but not much for anything else.”

Despite the issues that have been thrown Williamson’s way, she stills see the renovation as a positive impact on FHC.

“I think having more space for people in the lab to actually sit, work together, collaborate is really beneficial for a lot of other classes,” commented Williamson.

Another frequent lab user, English teacher Kimberly Herr, seems to disagree that more classrooms will use the Media Center. 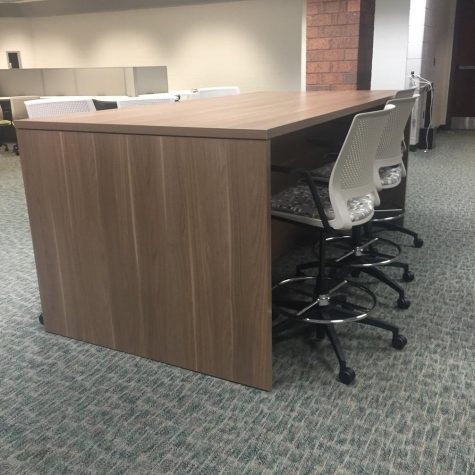 Overall, Noonan, Herr, and Williamson all agree that the renovation looks great and they hope it will be used by all who would like to.

If ever given the chance, checking out the new Media Center is highly suggested. Whether it’s a group project that being worked on, or just wanting to go somewhere quiet, the Media Center should be able to cater to any academic needs.

“The remodel truly reflects the learning of today. [It] is inspiring, and better matches our school culture. [It is] specifically a space for everyone,” Noonan said.