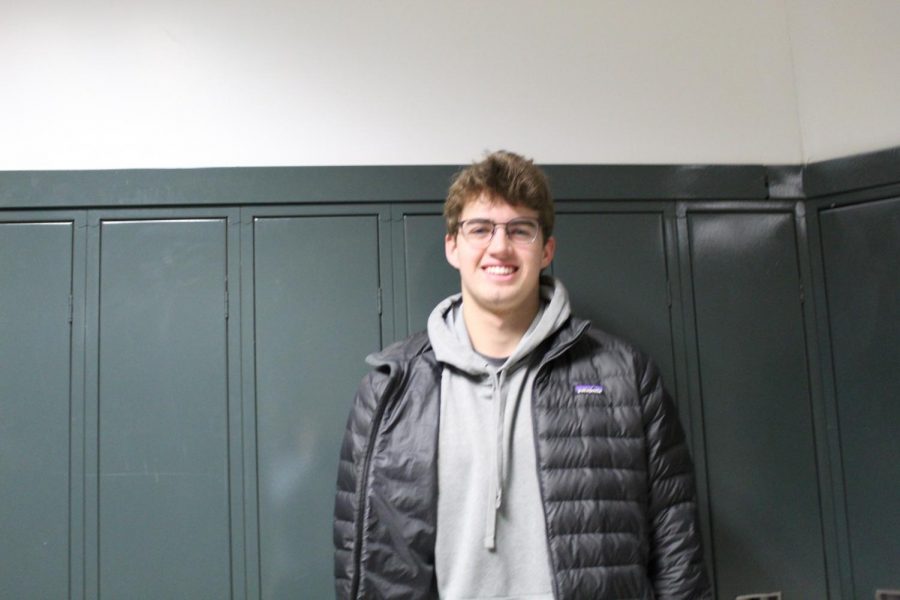 1. What was your reaction to finding out?

“Kind of surprised. I mean, I was happy to know that some people voted for me, but I was kinda surprised.”

“It feels good since like I’ve obviously become [good] enough friends with a good amount of people to where they vote [for me], and so it was kind of a nice thing to see that people voted for me.”

3. What is your favorite Winterfest tradition and why?

4. If your dance was on Dancing with the Stars, how do you think you would fare?

5. What color do you identify with and why?

“I guess green because our school is green and people are happy sometimes at school. Green is a happy color to me.”

6. Can you make any campaign promises or tell why you would be the kingliest king?

“I cannot make any promises.”

7. Is there anyone who wasn’t nominated that you want to recognize for their greatness?

“I would say Peter Bardelli since I think he would be a great king just because he’s kind of always goofy and happy, and I think he’d be a great nomination for Prom.”

8. Do you have any closing statements?

“Just thank you, everybody.”