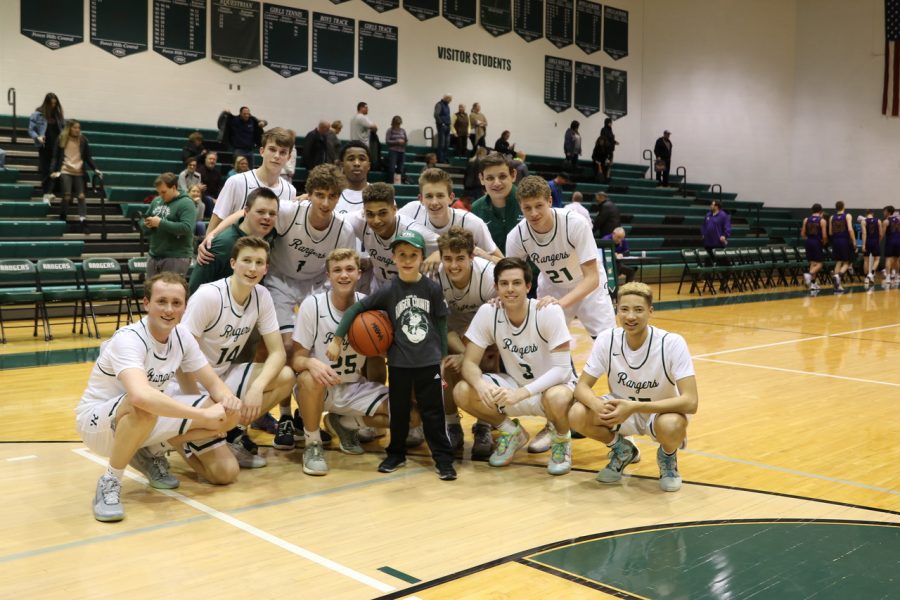 The boys varsity basketball team beat Greenville for the second time this season on Friday by a score of 74-46. Seniors Mitchell Wilkinson and Jimmy Scholler led the way with 28 and 23 points, respectively. This is the team’s second victory against the Yellow Jackets this season, with the first coming earlier on the road with a score of 63-23.

Along with Jimmy’s 23 points, he also had four assists, seven steals, and a block. Mitchell had four rebounds in addition to his 28 points. Atop the assists column with Jimmy, juniors Jonah Spates and Peyton Bush both had four assists each, and senior Jay Weiner and juniors Jacob Ervin and Chris Battiste each had a block of their own. On the defensive end, Chris, Peyton, and junior George Hatchett all had three steals.

The Rangers held sole control of this game, not letting Greenville lead even once. Throughout the first half, the boys kept a relatively small lead, especially with the Yellow Jackets pulling within three points with about four minutes left in the half, but they were able to extend their lead to 12 at halftime with the score being 36-24.

The game was broken open in the second half as the team went on a 12-0 run to open up the third quarter. The third quarter ended with the Rangers out in front by 23, 58-35. The start of the fourth quarter was relatively even but with about six and a half minutes left in the game, the boys started a 12-3 run that would cap off the game at its final score of 74-46.

With another conference win, the boys’ conference record moves to 7-0 and they reach double-digit wins overall with a record of 10-3. Their next game will be against 5-9 Cedar Springs at home on Tuesday, February 11th at 7:00 pm.