While watching waves, your memory may trace back your greatest hardships 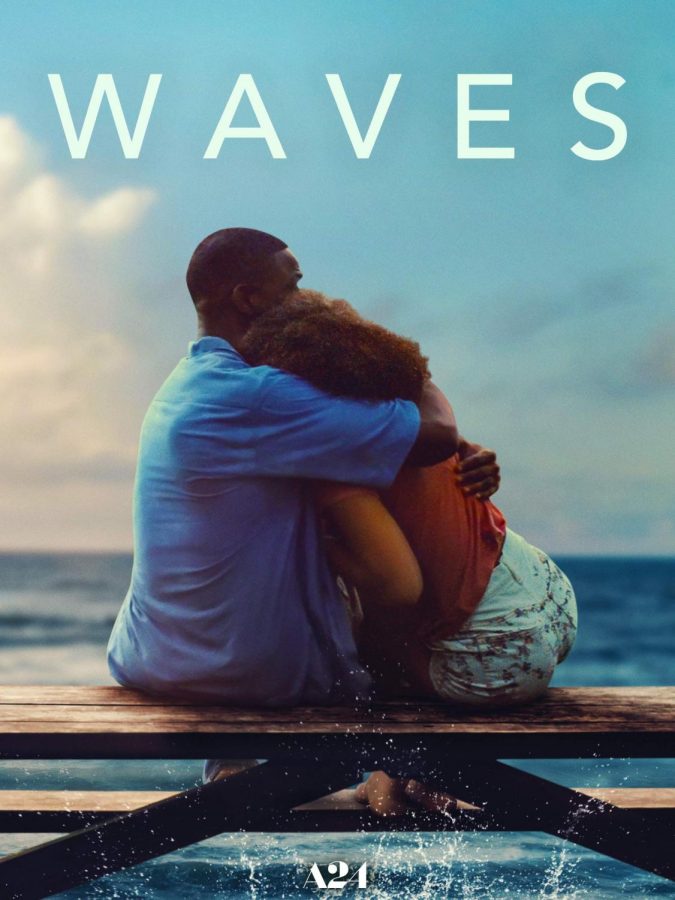 Lured in by the ominous trailer, Trey Edward Shults’ ominous film Waves left me feeling numb and aware of all of my grievances. With its deep and meaningful plot line, Waves is able to greatly connect to human pain and forgiveness in order to create a story that will leave the audience with tears on their cheeks.

Although a majority of the film holds onto a mysterious, tragic tone, its opening scenes show the life of a Floridian teenager Tyler (Kelvin Harrison Jr.), his sister Emily (Taylor Russel), and his girlfriend Alexis (Alexa Demie). With the fluid movement of the camera, the film is able to capture the bustling and constantly changing life of average teenagers. Though we learn Tyler may often come into conflict with his strict father, his life seems to be on track to success.

After a shoulder injury sets back his wrestling career, Tyler’s life begins to fall down in shambles around him. As his support system fails and difficulties soar into his life, Tyler turns to drugs and alcohol to numb the pain surrounding his life. As his future path is totally dismantled, Tyler struggles to find his new passion and make it through the difficult times of his teenage years.

Throughout the film, the dialogue between the characters is strong enough to allow for long moments of silence filled with tones of music that perfectly match the tone and mood that Shults outstandingly creates. The cameras are able to catch every expression and emotion felt by the characters who perfectly fit into their difficult roles.

Unlike many drama movies, Waves certainly does not contain any absurdly emotional scenes that steer the focus away from the main messages within the plot line. The filmmakers remain in complete control over each scene, as they are all pulled off with perfection and ease.

The message within the movie is particularly interesting to hear as a teenager, for it is primarily aimed at high school students. Teenagers with feelings of invincibility feel that they have the ability to control every aspect of their own lives, but when they make horrible mistakes, the need for a stable support system is made immaculately clear. The film carries the necessary message that life is not meant to be lived in seclusion and as an individual.

With each scene, the drama and pain within the scenes can be felt at a greater level. As Tyler and his family and friends run into countless hardships and tragedies within the short period of time that the film focuses on, it becomes nearly impossible to not relate their tragedies to those of your own personal life. Losing friendships and letting go of dreams are common tragedies that nearly everyone faces, but the intense emotions of these characters bring all of your emotions to the surface.

Full of ominous and heart-crushing scenes, Waves is sure to leave your heart racing. Its unpredictable plotline is full of setbacks and challenges that will only leave you anticipating their next move.